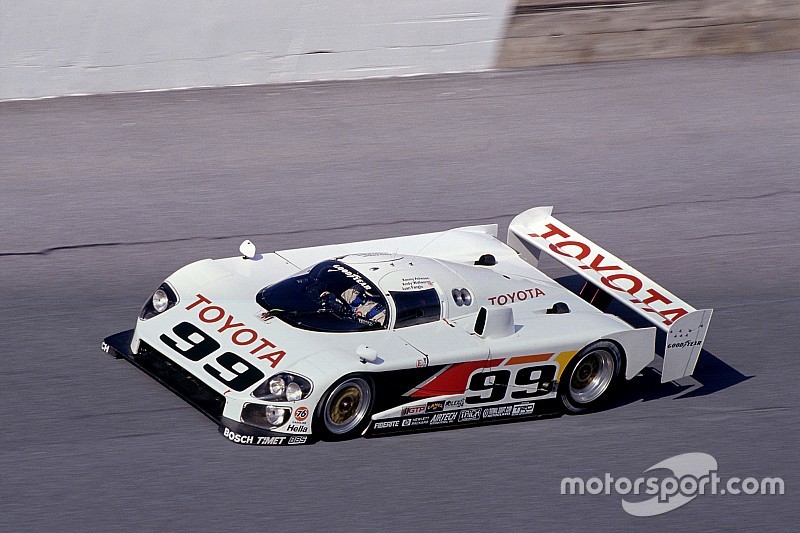 The Lexus Racing program in the IMSA WeatherTech SportsCar Championship’s GT Daytona class must achieve a level of success before a move to DPi will be considered, says Toyota Racing Development boss David Wilson.

Lexus has raced in GTD since 2017, and has scored two wins and five pole positions in the class to date. Having switched to the AIM Vasser Sullivan team for 2019, Lexus finished second in the Rolex 24 at Daytona, with its second car also finishing in the top five.

Parent brand Toyota enjoyed huge success in the early 1990s with its All American Racers Eagle MkIII (pictured above), which won 21 out of 27 races in which it was entered in the IMSA GTP prototype class.

When asked by Motorsport.com if the new DPi rules due to come into force in 2022 were of interest to Lexus or Toyota, TRD’s Wilson confirmed it was part of the process that is currently deciding the scope of the next-generation machinery.

“We’re always open to the future, in the business of sports you can’t just focus on today and tomorrow, you have to look at the horizon to keep in front,” said Wilson, president and general manager of Toyota’s U.S. performance arm that oversees the Lexus GTD program.

“We’re sitting in the councils with the other OEMs, talking about where IMSA is going in prototype racing. We’re keeping aware of it, and they like to have our counsel as well.

“For the moment, our focus is winning championships in the GTD class. From a credibility perspective, it is important that we achieve a certain level of success where we’re racing today before we elevate to the next level.

“We invest a lot in driver development, and before they advance to the next level they have to win where they are. Today, we wanna win more races, and we finished fifth last year among the GTD constructors, this year we want to be on the podium. That’s a hard target, we want to be in contention for a championship for the next couple of years.

Asked whether it would prefer a hybrid system being part of the new rules, Wilson stated: “Relevant technology is always something that we’re interested in, and I’d certainly hope that’s a consideration for the next-gen DPi.”

Speaking on that subject in Sebring, IMSA president Scott Atherton said: “The term ‘hybridization’ can take many forms, from a very mild hybrid to the extreme examples seen in LMP1 with Toyota.

“We will take our cues, as we always have, from the manufacturers that are prepared to make another commitment to us, those that have already made a commitment to DPi have expressed desire for a next generation, keeping in mind our timeline would have that next generation on track racing in January 2022.

"While that may seem a long time from now, but when you work backwards for a full grid of competitive equipment, there’s some urgency, candidly, to get going.

“A very detailed questionnaire was provided to all our existing manufacturers as well as to others who have expressed interest. It covers all aspects from powertrain technology, to bodywork stylings, composite materials. Many have already responded.

“The next step will be to tackle that, do the analysis, and try to determine, given the feedback we have, where we go next.”