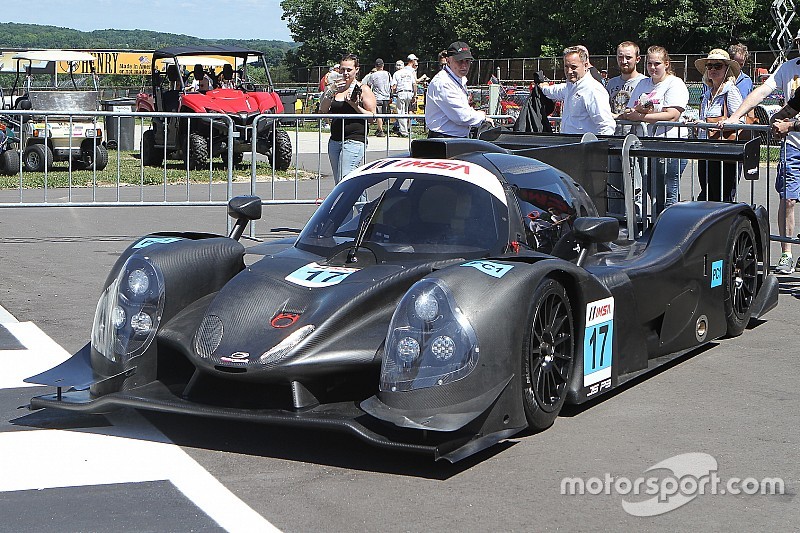 The LMP3 sportcar category will make its North American debut next year as part of an IMSA WeatherTech Sportscar Championship support series.

The LMP3 cars, which have been introduced successfully in Europe by Le Mans organizers the ACO, will be combined with existing Elan DP02 cars in the IMSA Prototype Challenge Presented by Mazda series.

This championship replaces the IMSA Mazda Prototype Lites Presented by Cooper Tires, and will mix both new and existing platforms.

A 13-round schedule will race at seven North American circuits, with two 45-minute events with a single driver in each at most events.

LMP3 chassis from up to six manufacturers will compete in PC1, with identical V8 engines, while the PC2 class will consist of the existing Elan DP02 cars, running with Mazda engines.

“IMSA Prototype Challenge presented by Mazda will provide great racing for our fans and an ideal platform for young talent and seasoned drivers to compete in a two-class competition environment – making it an ideal training ground for advancement into the IMSA WeatherTech Sportscar Championship,” said Scott Atherton, IMSA president.

“We have sought feedback from and worked closely with our competitors, manufacturers and other constituents to define and create this attractive new pathway to prototypes.”

Mazda Motorsports Director John Doonan added: “Mazda is committed to providing development opportunities for drivers, teams and crews. The IMSA Prototype Challenge presented by Mazda is a perfect step for those wanting to move up the ladder in our Mazda Road to 24 program.”