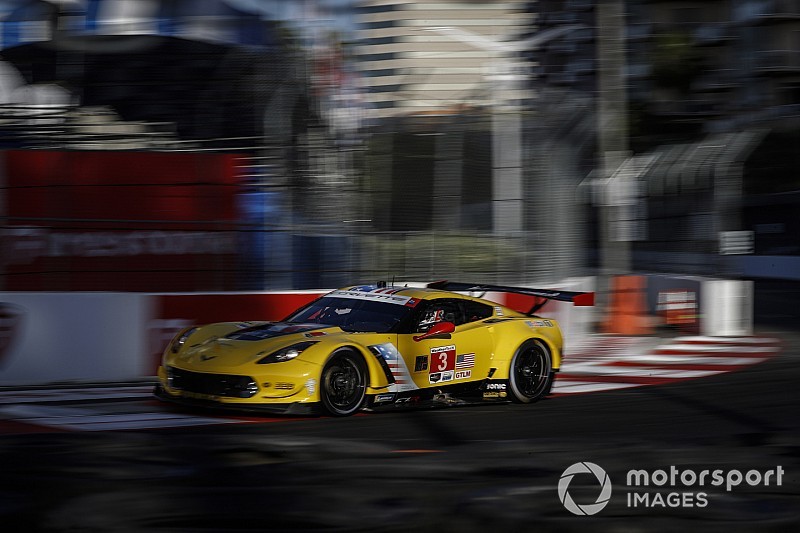 Following third place at Sebring, Motorsport.com columnist Jan Magnussen and co-driver Antonio Garcia scored another podium finish at Long Beach, but they had a bumpy ride to the checkered flag…

Another IMSA WeatherTech SportsCar Championship race is in the books for 2019. Despite being one of the shortest races of the year, Long Beach packs a lot of action into just 100 minutes. There were a couple of incidents during the race and action all throughout. Even though we started fifth, finishing second was still a surprise because you never know what hand Long Beach is going to deal you.

In the IMSA GT Le Mans class, things really heated up after the pitstop; Antonio got to drive the calm portion of the race! We managed to get around our Corvette Racing teammates Tommy Milner and Oliver Gavin in the #4 Corvette C7.R in pitlane, thanks to a great stop by our #3 crew, which put us into fourth place, and we knew the #66 Ford leading the pack would be tight on fuel. So, we were optimistic that at least a podium was in the cards.

There was a point during the race, shortly after the pitstop, when myself and the #4 car were running right behind the two Porsche 911s and the four of us were covered by just a handful of car lengths, it was so close!

Luckily, I was able to get past the #911 into Turn 1, putting us into third. It was a difficult move on such a tight circuit, but I managed to hang on and complete the pass around the outside – we had a little bit of contact, but I got through unscathed.

After that, it was a case of just chasing down the #66 Ford that was now in second and having to make a fuel number in the closing stages of the race. I caught up to the car during the final laps and then, entering the back straight from Turn 8 on the very last lap, the #66 just stalled out directly in front of me.

I thought that was the end of our race, if I’m honest. I had nowhere to go except directly into the back of him when he suddenly slowed and I was worried that I would end up in the wall or with too much damage to continue. Luckily for us, however, the Ford slid off the racing line and we were able to continue to the finish.

There was some damage – I’d bashed up the front of our Corvette on the rear of the Ford – but I held off the #4 car and we crossed the line in second and third respectively. Thankfully Tommy took it easy on me on the run to the line.

So it was a great points day for us – we’re third in the GTLM championship, on the same number of points as the second place car and just four off the lead – and it was a great day for Corvette Racing to have two cars on the podium. We won the championship last year by being consistent and making the most of every race, and we definitely did that at Long Beach, but man, I really hope that win is coming soon. I want it for myself and Antonio, I want it for all the folks on the #3 car, and for everyone at Chevrolet and Corvette Racing. And, after the last two years, I really wanted it at Long Beach.

After the race, I went back to the hotel and got to watch Kevin race in Shanghai. It was a hard race for the Haas team and he’s now sitting on two 13th place finishes in a row. I know he’s bummed with the result, and it's a hard one to swallow after they opened the season so well in Australia. The next race for him is Baku. I’m certain he doesn’t want to finish 13th there again like he did last year!

But he and Haas scored points together at Baku in 2017 and I know he’ll want to do that again and get the momentum swinging in the right direction before the European part of the season picks up.

As for us at Corvette, there’s still plenty of races this season to get the win, and a lot of tracks our Corvette C7.R will be strong at. I think Mid Ohio, May 3-5, could be one of those tracks! We started our string of seven podium finishes in a row at Mid Ohio last year, so we know the car can run well there.

Mid Ohio is a real old-school American road course. There’s elevation change, tricky corners, and very little margin for error without losing a lot of time. Tracks like that are ones that I really enjoy, so I’m looking forward to it. Plus, Ohio has some really great sportscar fans that come out and support us. 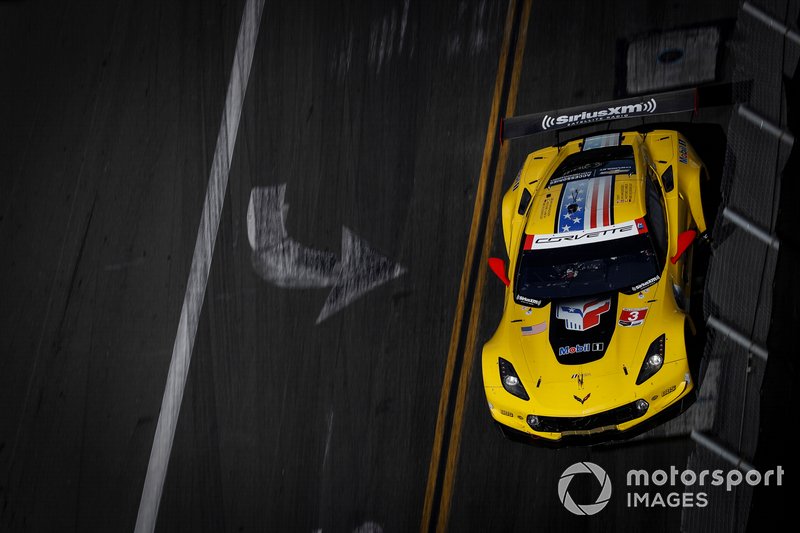