Massive shunt for DeltaWing in fourth hour of Rolex 24 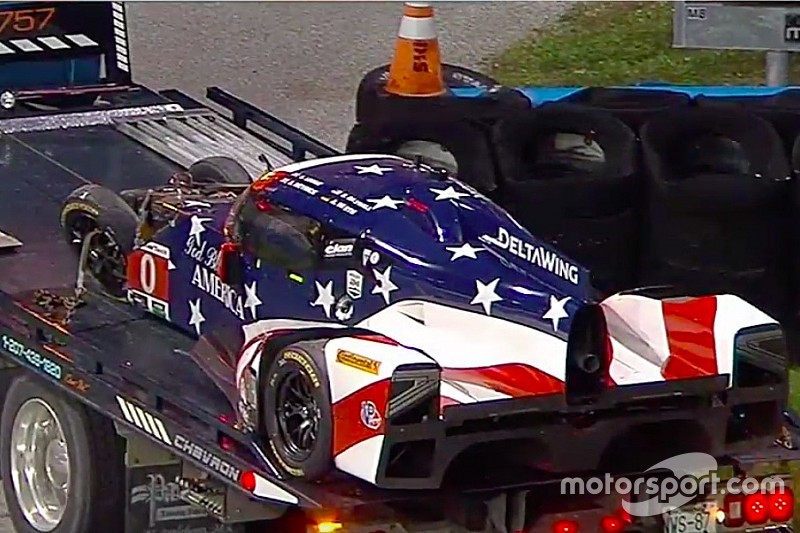 When a stranded PC car stopped in the middle of Turn 1, it was just a matter of time before someone didn't see it.

The car was sitting there for quite a while before the DeltaWing showed up, impacting the PC at the rear and launching it into the air.

Team engineer Catherine Crawford told IMSA Radio that they were having communication issues with Meyrick at the time of the collision.

The team is working furiously in the garage to repair the car. DeltaWing had led over two dozen laps early in the going and has officially retired from the race. The No. 8 followed suit, soon after.

As for the Starworks entry, it was their second issue in the same hour. The No. 88 had impacted the pit wall earlier and needed to go back to the garage for repairs.