Matt McMurry to compete in NAEC races with Michael Shank 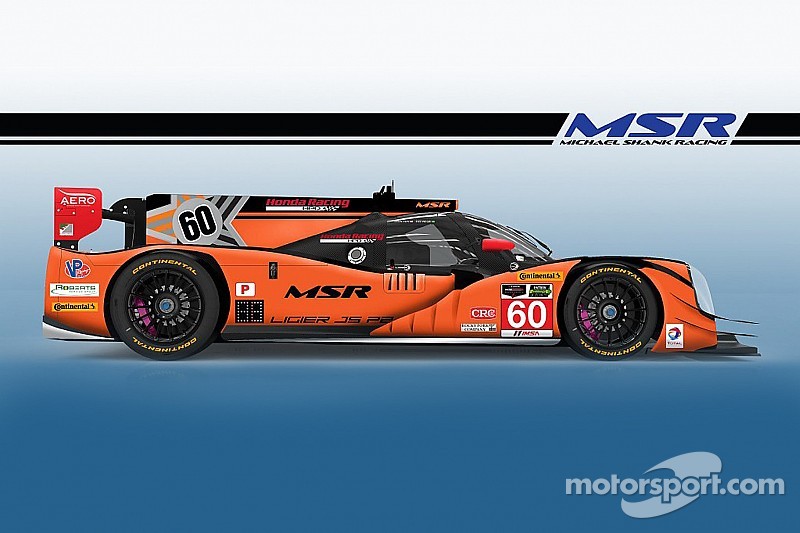 The 2015 NAEC schedule features four long-distance cornerstones of the IMSA calendar, starting with the Rolex 24 At Daytona, Mobile 1 12 Hours of Sebring, Sahlen’s 6 Hours of the Glen, and Petit Le Mans to close out the year.

McMurry, who at 16 years old, became the youngest driver ever to compete in and finish the 24 Hours of Le Mans last year, will look to continue to grow his scope of experience this season in the Patron Endurance Cup for Michael Shank Racing.

Though just having recently turned 17 in November, McMurry’s list of racing accomplishments continues to grow as he is set to become the youngest driver to campaign a Prototype machine in the Rolex 24 At Daytona.

In conjunction with the Dyson Racing Junior Development Program, McMurry has already accumulated both experience and trophies in his young career. The young Phoenix-based talent was a winner and front runner all season long in the IMSA Prototype Lites category in 2014, and plans to run all 14 races there again in 2015. He also competed in every round of the European Le Mans Series last year, making an impressive debut at Silverstone and taking home two fourth place finishes on the year.

“I’m really excited about getting to make this step up this season and this opportunity with Mike Shank,” said McMurry. “I had a chance to compete against the Ligier at Le Mans and throughout the ELMS season last year. It was very competitive right away and will only get stronger as it’s furthered developed. I can’t wait to drive it for the first time and to work with Mike (Shank) and the team. He has always had a strong program, and I’m looking forward to being a part of it this year.”

“I’m thrilled to add Matt (McMurry) to our driver line up in 2015,” said Team Owner Mike Shank. “Thank you to the Dyson Racing Junior Development program for lending him to us for these four Patron Endurance Cup events. Matt (McMurry) has accomplished a lot in a short amount of time. He has shown his ability to run smart and fast in a wide variety of machinery, and his time in ELMS, Lites and with us will be a big benefit as he continues to advance in motorsport.”

The addition of McMurry to the squad gives the team owner a wide spectrum of experience in his car, with one common denominator: speed.

“Matt (McMurry) is a great addition to Michael Shank Racing and I know he’ll get along well with Ozz (Negri), John (Pew) and AJ (Allmendinger),” continued Shank. “All three spend time coaching young, up and coming racers so I’m sure he will learn a lot from them. We are all very excited about what we can do in 2015. The whole team has worked very hard over the off season in what has been a very quick turnaround and we’re eager to get to work at our first test in less than a month.”

All four drivers will have the opportunity to drive the No. 60 Michael Shank Racing with Curb/Agajanian Ligier JS P2 for the first time when the team travels to Palm Beach International Raceway for a test on January 4 and 5. The team will then head to Daytona International Speedway for the annual ‘Roar Before the 24’ January 9-11 in preparation for the 53rd running of the Rolex 24 At Daytona.