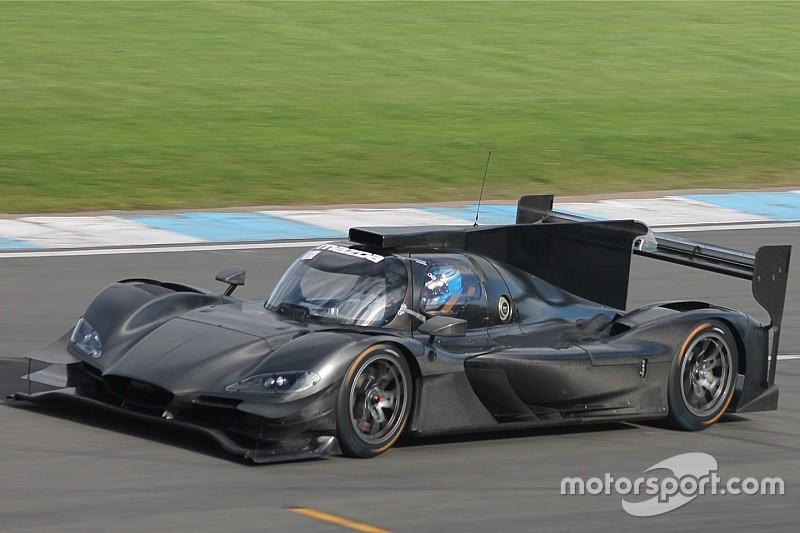 Jonathan Bomarito gave the heavily revised Mazda RT24-P a shakedown at Donington Park ahead of a US return to prepare for the IMSA WeatherTech SportsCar Championship opener at the Rolex 24 Hours at Daytona.

Mazda skipped the last three rounds of the 2017 WeatherTech championship to get its new partnership with the legendary Joest Racing team underway as soon as possible. Following a recent test at Hockenhiem, Mazda Team Joest moved to Donington Park, UK, to continue testing the RT24-P in its revised specification.

A Mazda source said the skeleton Joest / Multimatic crew was testing “to make sure everything was connected and to confirm some new pieces and elements”.

Drivers have yet to be confirmed for the coming season, but Jonathan Bomarito, who has raced Mazda prototypes since 2015, and tested the car with partner Tristan Nunez at Hockenheim, conduct the shakedown at Donington.

The California commented: “This was the first time out with the new car. The tub is the same as the old car, but the rear end is all new.

“We need to get a little weight off it, but it’s a good rigid chassis and good to drive too.”

Taylors agree Penske-Acura ride is “opportunity of a lifetime”