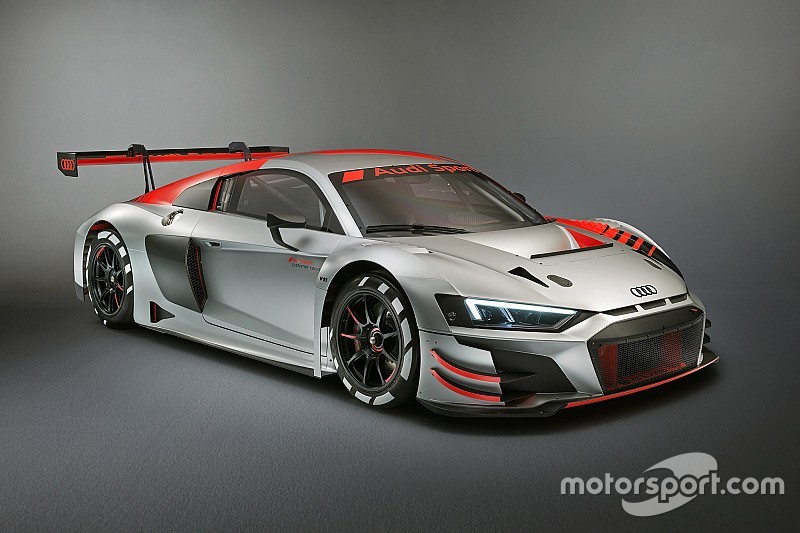 Alex Riberas and Will Hardeman will race an Audi R8 LMS in the IMSA WeatherTech SportsCar Championship next year, with Andrew Davis joining for the enduros and Markus Winkelhock racing in the Rolex 24.

Moorespeed and longtime team driver Will Hardeman have expanded their plans to include a full-season campaign in a new relationship with Audi Sport customer racing that will see Hardeman and Alex Riberas co-drive the No. 19 CAG/Moorespeed Audi R8 LMS GT3.

Davis will be the third man for the four Michelin Endurance Cup events at Daytona, Sebring, Watkins Glen and Petit Le Mans, while Winkelhock is onboard for the season-opening Rolex 24.

“Moorespeed announced our IMSA GTD plans with Will Hardeman and the Continental Automotive Group (CAG) back in September, and that path ultimately led us to Audi Sport customer racing,” said Moorespeed president David Moore. “Audi’s on-track program with the Audi R8 LMS speaks for itself with success around the world, and everyone at Audi Sport customer racing has been a pleasure to deal with in what has been a tight timeframe the last few weeks.”

Moorespeed took delivery of its R8 at its Austin, TX headquarters just last week yet Hardeman, Riberas and Davis are participating in today's Michelin tire test at Daytona. Winkelhock’s first test with the team will be the Roar Before the Rolex 24 in January.

Moorespeed will continue campaigning a Porsche 911 in the 2019 IMSA Porsche GT3 Cup USA by Yokohama series, with Riley Dickinson in the cockpit.