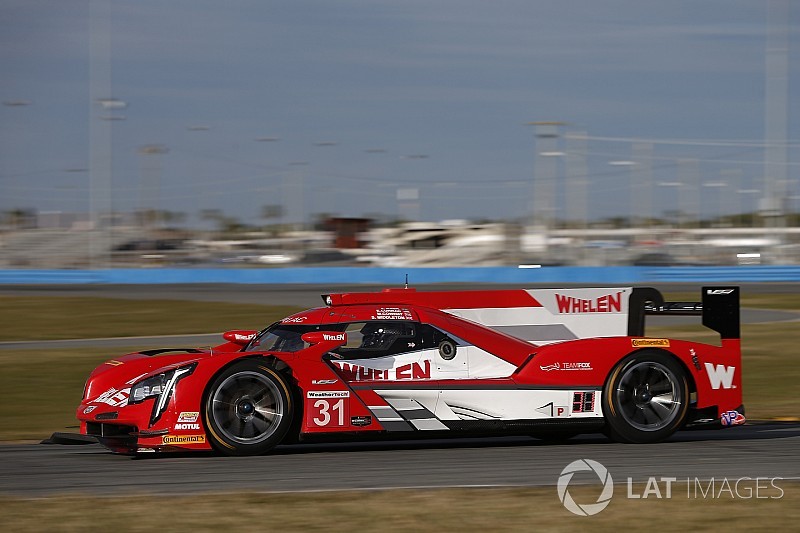 Nasr was fastest in Sunday’s ‘qualifying’ session, which sets the order of pitboxes and garages, in the #31 Action Express Cadillac DPi he shares with Mike Conway, Eric Curran and Stuart Middleton.

This led to some rivals hoping IMSA might modify the Balance of Performance for the Cadillac, which has switched to a 5.5-litre version of its V8 engine having run with 6.2 last year.

“I wouldn’t say an advantage,” Nasr told Motorsport.com when asked about the pace of the Cadillacs. “We are doing what we can do now, the maximum, and I don’t think other teams are doing it.

“They can show more than what they have – 100 percent. I drive behind them on track, and I see what they can do.”

The gap to the leading Nissan DPi, the #22 Extreme Speed Motorsports car of Pipo Derani, was 1.439s and the fastest LMP2-specification car was the Jota Oreca of Alex Brundle, 1.468s down.

The Brazilian said the same applied to teammate Albuquerque, who was third fastest – although much of the Roar test was dedicated to giving his car’s four drivers mileage.

“I pushed 100 percent with what I had, there’s nothing to hide,” said Nasr.

“We focused on spending the most time in the car for the four drivers because I had some experience before in sportscars but there’s so much that has changed.

“We’ve got Mike Conway in the car that has experience, same as Eric, and we had Stuart that won the Sunoco Challenge.

“I’ve been there [racing at Daytona in 2012 as the Sunoco Challenge winner] and know how much information you need to get used to everything.

“We ran the most laps we could and got everyone comfortable in the car.”

What we've learned from Alonso's sportscar debut so far