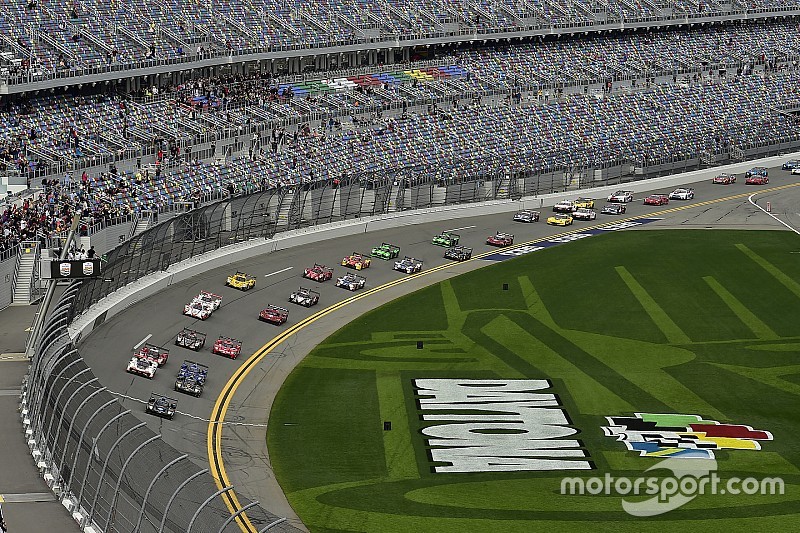 NBC Sports’ first season covering the IMSA WeatherTech SportsCar Championship will include 100 hours of action between NBC, NBCSN, NBCSports.com and the NBC Sports app, it was announced today.

There will be an hour-long season preview on Thursday, January 24, at 2pm ET, followed by live coverage of qualifying for the Rolex 24 Hours at Daytona from 3 to 5 p.m. ET. The preview show will re-air on Saturday, Jan. 26 at 1pm ET as a lead-in to race coverage.

NBCSports.com and the NBC Sports app will also provide live streaming coverage of the 57th Rolex 24 at Daytona airing on NBCSN.

“We couldn’t be more excited to begin our IMSA coverage with the 57th running of the iconic Rolex 24,” said Jon Miller, president of programming at NBC Sports and NBCSN. “As the home of U.S. motorsports, we’ll showcase the uniqueness of IMSA racing to motorsports fans everywhere, as we celebrate the 50th anniversary of the association throughout the upcoming season.”

IMSA CEO Ed Bennett added: “As we all get ready for IMSA’s much-anticipated 50th anniversary season in 2019, our new NBC Sports media partnership promises to promote and showcase our unique premium product in revolutionary ways. Both IMSA and the WeatherTech Championship have been experiencing incredible momentum the last several years and this partnership should only help elevate the sport to new heights.”