Not unemployed for long: Bomarito back with Mazda 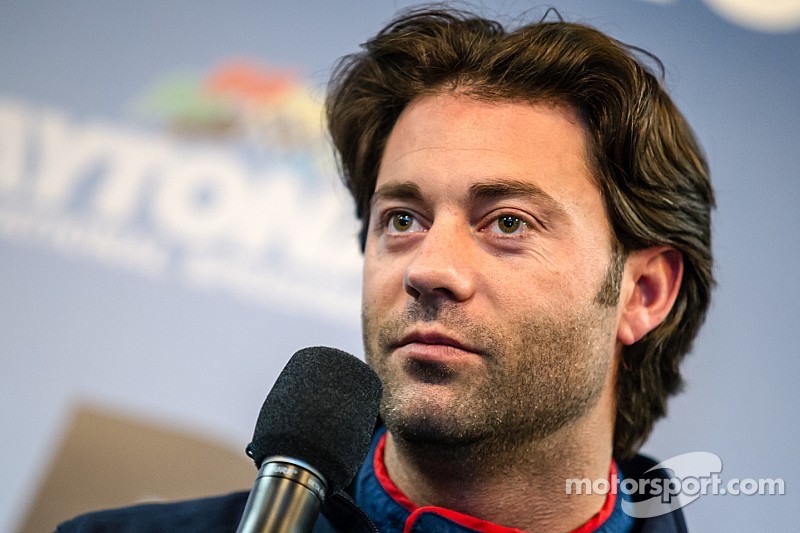 SRT Viper pulls the plug on program, sending Bomarito back to familiar territory.

Only two weeks after his 2014 team announced it would not be returning to the TUDOR United SportsCar Championship, Jonathan Bomarito landed a new ride with a familiar operation.

Mazda Motorsports announced on Wednesday that Bomarito would return to the Mazda SpeedSource team for 2015, driving the No. 70 Mazda SKYACTIV Prototype in the Prototype class of the TUDOR Championship.

Bomarito finished second in the 2014 GT Le Mans (GTLM) point standings, driving the championship-winning No. 93 SRT Motorsports Dodge Viper SRT GTS-R in all but the final race of the season. He ended the year five points behind champion Kuno Wittmer, with the pair driving different cars in the final to maximize the team’s chances in the competitive points race. Bomarito was one of 11 different pole winners – leading qualifying at Austin’s Circuit of The Americas – and joined Wittmer in victories at Indianapolis and Austin.

John Doonan, Director of Motorsports, Mazda North American Operations, indicated that Mazda has had ongoing talks with the driver.

"With Jonathan challenging for a GT championship this past season, we held off on making this announcement, but we had this wrapped up two months ago," Doonan said. "Jonathan will be a great addition to the team as we continue our engineering development of the Mazda Prototype. Jonathan is respected and loved by the team as well as Mazda fans. We're happy to have him back in the family."

The native of Monterey, Calif., drove for SpeedSource from 2010 through 2012, scoring four victories and 13 podium finishes. He won the GT class in the 2010 Rolex 24 At Daytona, and was that year’s GRAND-AM Rolex Series rookie of the year.

Bomarito drove for SRT Motorsports in the 2012 Petit Le Mans powered by Mazda. He joined the team fulltime in 2013, winning two poles and finishing ninth in the championship.

“SpeedSource wasn’t happy to see me go (in 2013), but they were happy with my opportunity with SRT,” Bomarito said. “We’re great friends and we stayed close over the last two years, and now it’s great to get back together. I’m looking forward to the challenge. They’ve been making big progress all the time in the shop, and I’m excited and looking forward to winning races again with Mazda.”

The Mazda SKYACTIV Prototype will be in its second year of an ambitious five-year engineering development program in 2015.