French team OAK Racing, which has entered a Morgan-Nissan LM P2 in the USCC, United SportsCar Championship, has confirmed Olivier Pla , Roman Rusinov and Gustavo Yacaman for the Daytona 24 Hours. 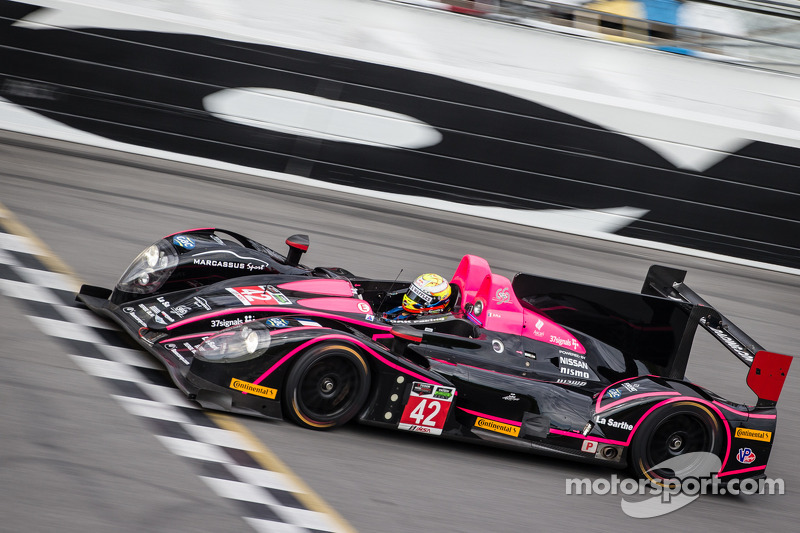 OAK Racing is aiming for a top-3 finish in the USA and it has stacked all the odds in its favour to shine on the famous Florida circuit. The team knows the Morgan LM P2 that it has been racing for two seasons, and with which it won last year’s FIA LM P2 Endurance Trophy, Le Mans 24 Hours LM P2 and the Asian Le Mans Series, inside out and thus it is ideally placed to take full advantage of this major technical asset.

The performance and the reliability of the prototype developed by Onroak Automotive no longer need to be proved, and the three days’ official testing on the Daytona circuit at the beginning of the year enabled OAK Racing to further intensify the work of adapting the car to the regulations of the American Championship and the use of Continental tyres . 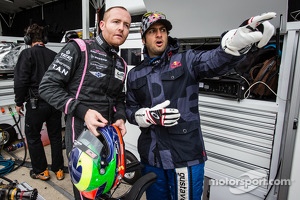 The team can also count on a first-class, consistent and evenly-matched line-up consisting of three very good drivers. Philippe Dumas, the team principal, has confirmed the participation of the three men present at the official tests: Olivier Pla , Roman Rusinov and Gustavo Yacaman .

The team has renewed its confidence in Olivier Pla , who has been with OAK Racing since 2011, and who has thrown himself into this new adventure with all his usual enthusiasm and passion.

For this famous endurance race, the Frenchman will be backed up by Roman Rusinov from Russia and Gustavo Yacaman from Colombia. During the test they confirmed that they had adapted to the team and the Morgan-Nissan LM P2 without problems. G-Drive ace Roman Rusinov will be a very useful team-mate in this 24-Hour event thanks to his experience in endurance racing boosted by his last two seasons at the wheel of an LM P2. 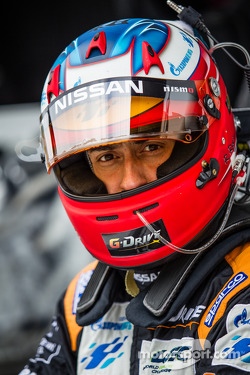 Gustavo Yacaman is the first driver to be confirmed for the whole USCC season with OAK Racing. Last year, he drove a Daytona Prototype in the Grand Am Series, and in 2012 he came third in the Daytona 24 Hours, the high point of his season. He brings precious skills to OAK Racing. The team will confirm the name of the fourth driver in a few days.

The French squad will be up against tough opposition. The first round of this new championship represents a plunge into unknown territory for everybody with, among other factors, the cohabitation between the DPs and the LM P2s in the same prototype category, as they do not yet have any points of reference in the context of the new regulations. And of course, it is a well-know fact that races of this type are always full of unexpected twists, and that until the chequered flag has fallen, anything can happen - even the best!

Philippe Dumas, team principal: “The team knows the car inside out and the results of the 2013 season proved its speed and reliability. In addition, we have a well-balanced team with three very good drivers. So we can reasonably hope for a top-three finish at Daytona, and we have an excellent chance of achieving success in this new championship.”

Olivier Pla , driver of the no. 42 Morgan-Nissan LM P2: “It’s a first for OAK Racing and for me to take part in the Daytona 24 Hours in this new championship. There are still a lot of unknown factors because of the merger between the two American Championships and the relationship between the DPs and the LM P2s. We did a great deal of hard work during the three days official testing to adapt the car’s setup to the USCC regulations and the Continental tyres . We’ve still got a wide margin of progression. So we’re in with a really good chance, and we know that in races in the United States the result can change at the very last minute: we’re preparing for all eventualities.”

Roman Rusinov driver no. 42 Morgan-Nissan LM P2: “I am very happy to race in Daytona, one of the biggest and greatest races in the world. We had a very good test with OAK Racing in the beginning of the year with Olivier Pla and Gustavo Yacaman . As it was my first time there I had a good opportunity to explore the track and the new team. In fact, testing the prototype of our rival of the 2013 season was very interesting for me. As for the forthcoming race I believe that it will be a spectacular one, both for fans and for race drivers. Daytona Prototypes in our category are too fast in a straight line so it going to be hard to fight with them, but the LM P2s should be better in the curves. I can’t wait for the start of the Rolex 24 at Daytona!”

Gustavo Yacaman , Morgan-Nissan n°42 driver: “For me it is an honor to be part of a team with the results of Oak Racing including Le Mans 24-Hours wins and the WEC championship title. I’m really looking forward to working with this team whose experience makes them one of the ones to beat in the USCC. I had a great time at the Daytona test in the beginning of January. It took me a little bit of time to adapt to the car but with all my single- seater experience this didn’t take too long. I really enjoy driving the Morgan-Nissan LMP2 car, and working with a team as professional as Oak Racing was a tremendous pleasure. This year I’m really looking forward to improving my career best 3rd place at the Daytona 24 Hours.”

Getting ready for TUSC intrigue at Daytona