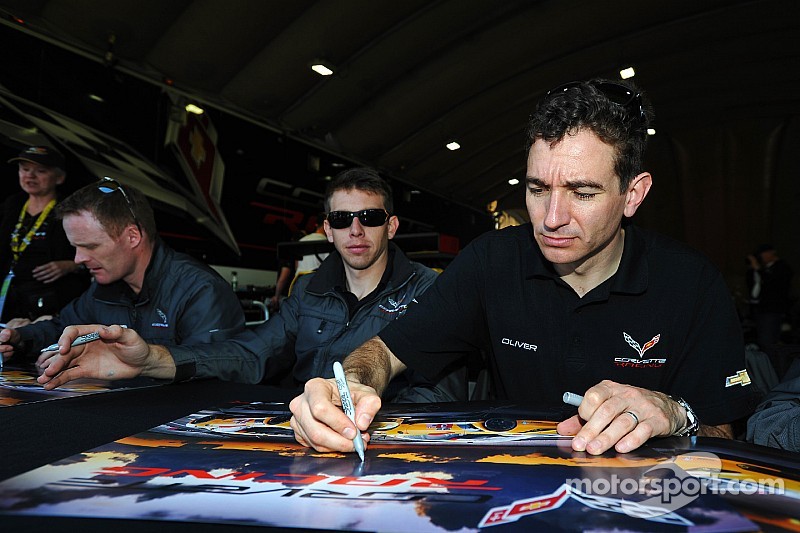 Britain’s Oliver Gavin faces a challenging next couple of months with five races on two continents in the space of seven weeks, but it is a challenge he is relishing wholeheartedly…not to mention the air miles!

The Corvette Racing factory driver has two rounds of the TUDOR United Sportscar Championship still to run in North America at Circuit of The Americas in Texas (18-20 September) and Petit Le Mans in Georgia (1-4 October), but either side of these are three races in Australia.

The multi-championship and 24 Hours of Le Mans class winner has been signed by Walkinshaw Racing for the 2014 V8 Supercars Pirtek Endurance Cup, partnering Nick Percat in the Heavy Haulage Australia/Coates Hire Holden VF Commodore.  The young Australian finished 2nd in the most recent round of the V8 Supercar series and is highly motivated for the endurance events ahead.

Testing this week at Winton Motor Raceway in Victoria, UK-based Olly will be staying with the team in preparation for next weekend’s Sandown 500 between 12-14 September.  Following that event, he leaves directly for Texas where he will be competing in the GTLM class of the North American sportscar championship – the penultimate round of a 2014 series which has failed to deliver the expected results for the No.4 Corvette C7.R through a string of bad luck and mechanical issues.

Off week in the UK

Olly returns to his family for a week in the UK before flying to Georgia in the USA for the final round of the TUDOR championship, the 10-hour Petit Le Mans classic.    No sooner will that have finished that he will be leaping on another long-haul flight back to Oz for a further endurance classic – the Bathurst 1000 at the legendary Mount Panorama track near Sydney.  His final race this year will be Queensland’s Gold Coast 600 between 24-26 October.

Oliver Gavin has previously raced V8 Supercars, teaming with Greg Murphy at the 2011 Gold Coast 600 and finishing both races in the top six, but  calendar clashes have prevented him from returning to Australia until the Bathurst 12 Hours in February this year.

No matter how many miles he will be clocking up in the air, it is only the miles on track which matter to the dedicated racer and more importantly the results at the end of it.

High hopes at VIR for Al Carter end in frustration