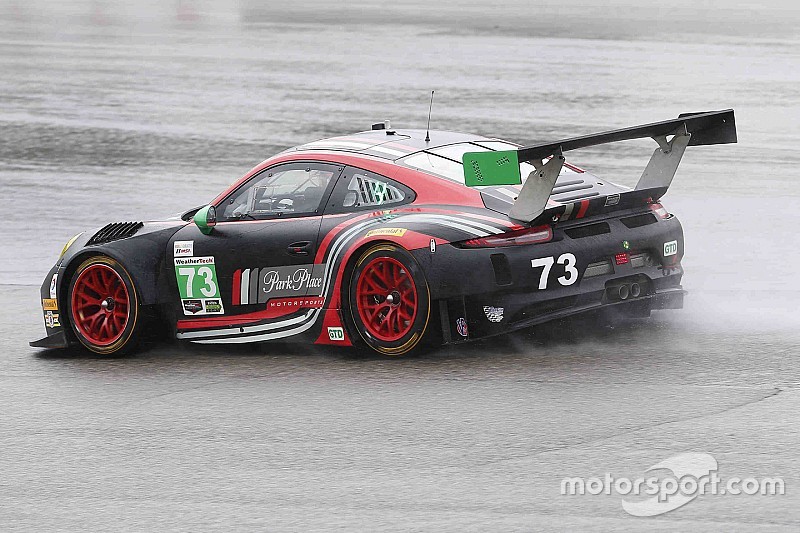 Park Place Motorsports has joined the WeatherTech entry on the sidelines for this weekend’s round of the IMSA United SportsCar Championship, reducing the Porsche GTD entries to one.

But while the Alex Job Racing/WeatherTech Porsche 911 GT3 R is out for the remainder of the season, PPM’s withdrawal applies just to this weekend’s Michelin GT Challenge at Virginia International Raceway.

Park Place team owner/driver said Patrick Lindsey: “We’ve been in discussions with the series about what we have felt was an improper Balance of Performance on the Porsche. Our view is that what the series is doing is more driver BoP. It’s very elaborate… and they’re kind of missing the big picture.

“After Lime Rock, we were really surprised and disappointed by the BoP adjustment for Road America. We totally didn’t want to go to Road America but we went anyway.”

Lindsey and Jorg Begmeister ended up finishing second in the GT Daytona class at Road America, but Lindsey said: “We ran a perfect race but we completely lucked into second place,” he said. “If other cars didn’t make mistakes, we would have been fourth or fifth at best.”

Lindsey said they will be back for the final two rounds of the season at Circuit of The Americas and Petit Le Mans at Road Atlanta due to sponsor and driver obligations.

The withdrawals of both WeatherTech and Park Place leaves only a single Porsche 911 GT3 R on the grid for the VIR round, in the #23 Alex Job Racing entry of Mario Farnbacher and Alex Riberas.