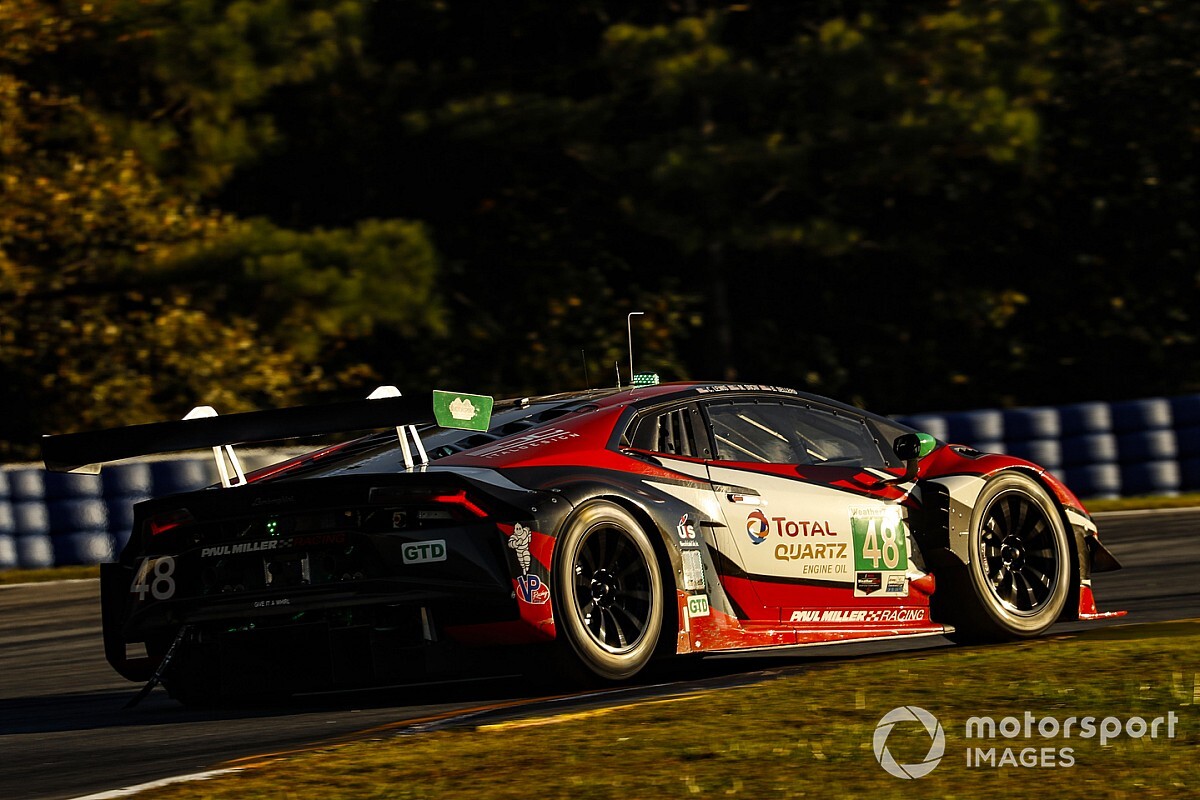 Madison Snow and Bryan Sellers will be the full-season pairing for the Total lubricants-backed Lamborghini Huracan, while Corey Lewis will serve as third man for the four endurance races and Andrea Caldarelli joins them at Daytona.

This quartet won last year’s Rolex 24 Hours, adding to Snow and Sellers’ 2018 achievements of leading the PMR team to IMSA GTD title glory in the drivers’, teams’ and manufacturers’ championships. The Daytona glory proved to be the cornerstone of victory in the Michelin Endurance Cup which comprises the Rolex 24hrs, Sebring 12 Hours, the Six Hours of Watkins Glen (held at Road Atlanta last year), and Petit Le Mans.

Paul Miller Racing, entering its sixth season running a Lamborghini, will run the #1 on its Huracan for the Rolex 24 as defending winners, before switching back to its usual #48 for the remainder of the season.

“We’re so happy to have both Madison and Bryan back for the full season in 2021 as well as Andrea and Corey back with our team,” said team owner Paul Miller. “It’s been an absolute pleasure to work with all four of these drivers over the years.

“We’ve accomplished so much together already; I can’t wait to see what we are able to do in 2021. We know that this lineup is strong enough to win and we proved that in 2018, and again at the Rolex 24 in 2020 and through the rest of the endurance cup season.

“This year, the bar has gone up yet again in the IMSA GTD field and we expect our competition to be operating at a higher level than ever, so we’ll have to raise our own game in order to compete.

“But, in addition to the drivers, we have a great crew and a brand new car from Lamborghini at our disposal to help us fight for race wins and hopefully a title this year.”

Sellers echoed his team owner’s view of the competition, commenting: “This season looks like it’s shaping up to be the most difficult in GTD history. There have been a lot of really great driver and team combinations announced and released.

“But, this is exactly what you want and need as a racing team. You want to prove yourself up against the best in the business. I am sure we will have to continue to grow as a program, but we are looking forward to the challenge.”

The great history of the Daytona 24 Hours