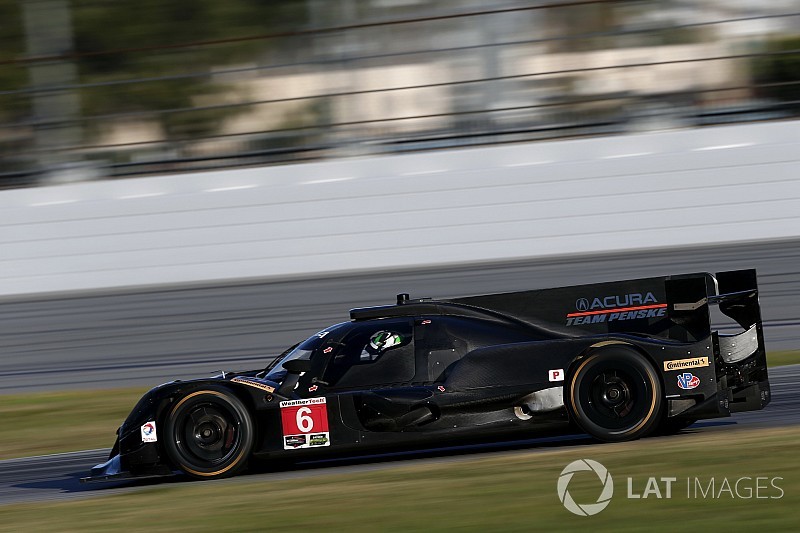 Dane Cameron says the Penske Acura team is “in great shape” for the Rolex 24 Hours, despite the ARX-05s being around one second slower than the Cadillacs at the Roar Before the 24 test the past three days.

The 2016 IMSA Prototype champion, who switched from Action Express Racing’s Cadillac DPi-V.R to join Juan Pablo Montoya in the #6 Penske Acura, reported that the new Acura ARX-05 suffered no major issues throughout the test.

Cameron said: “I think everything went great. We ran through our test plan and that’s important. The [car] ran flawlessly, so I think everyone’s in the groove now, working hard but having fun.

“There’s always a little bit more speed to find, but I think we’re in great shape for the race in a couple weeks’ time.  Acura Team Penske is the best in the business.  I think we’re ready to go.”

Montoya and Cameron will be joined by Simon Pagenaud who set today’s prequalifying time that decides the pitbox and garage assignments for the race at the end of this month.

Ricky Taylor, reigning IMSA Prototype champion and defending Rolex 24 winner, has – like Cameron –come from a Cadillac team (Wayne Taylor Racing) to join a multiple-Indy 500 winner, Helio Castroneves in a Penske-run Acura in 2018.

After setting sixth fastest time, Taylor was similarly upbeat to Cameron, stating: “A fantastic weekend, I think.  We really worked through a lot, and we made more and more gains every session.

“The biggest thing, I think, is we worked out so many ‘new car bugs’. Everything was reliable through this weekend’s test, and that gives us good confidence ahead of the ‘24’. I think we’re well prepared.”

Castroneves and Taylor will share the #7 ARX-05 with IndyCar race winner Graham Rahal in the endurance races this year.

What we've learned from Alonso's sportscar debut so far