Performance Tech has one final tast at Sebring: victory

This week the team will head into central Florida's prestigious Sebring International Raceway for round two of the TUDOR United SportsCar Championship.

Performance Tech Motorsports Team Principal Brent O'Neill is not ready to let out a sigh of relief just yet, but he is checking off a few things on his hectic to-do list for the upcoming race weekend.

This week the team will head into central Florida's prestigious Sebring International Raceway for round two of the TUDOR United SportsCar Championship. The pieces of the 62nd Annual Mobil 1 Twelve Hours of Sebring Fueled by Fresh from Florida puzzle are falling into place for the team. 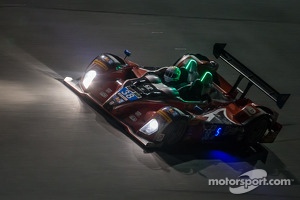 Two weeks out from Sebring, O'Neill solidified his Prototype Challenge (PC) car driver lineup for the 2014 season by signing 2013 Ultra 94 Porsche GT3 Cup Challenge Canada by Michelin Champion David Ostella, who raced with the team in January at the Rolex 24 At Daytona. Ostella will join Rafa Matos, who also ran with the team at Daytona, and Charlie Shears in the No. 38 Dash Neighborhoods/Phillips 66 Èlan DP02 machine.

The Performance Tech team now is able to focus on the task at hand, the Twelve Hours of Sebring. The physical demands of the track are on the top of the worry list, as they affect the car and drivers. The team is prepared to handle the bumps and bruises after landing a third-place finish in last year's Sebring race and this year's Rolex 24 Hours of Daytona. Ostella, who first raced with the team at Daytona, won the PC class in 2013 at Sebring. The combined team-and-driver experience allows the team more breathing room when working on a comfortable car setup, seeking a second straight podium finish of the season and at Sebring despite the challenges of a 12-hour race.

"It's easier to look ahead when your team's set than when you're figuring out who you are putting in the car and how you're going into the next race," O'Neill said. "That allows us to cross a little off the worry list, but with 60 some cars on track, it's just a handful, and you never know with the mistakes that can be made on track. "But there is no trick to reigning in Sebring; you just have to try to not beat the car up or your drivers. Charlie is probably one of the top gentleman drivers when it comes to being in shape. David is always in the gym and did a triple stint in Daytona and was just fine. We'll see what we've got at Sebring."

Rayhall reunites with 8Star for TUDOR Championship 12 Hours of Sebring