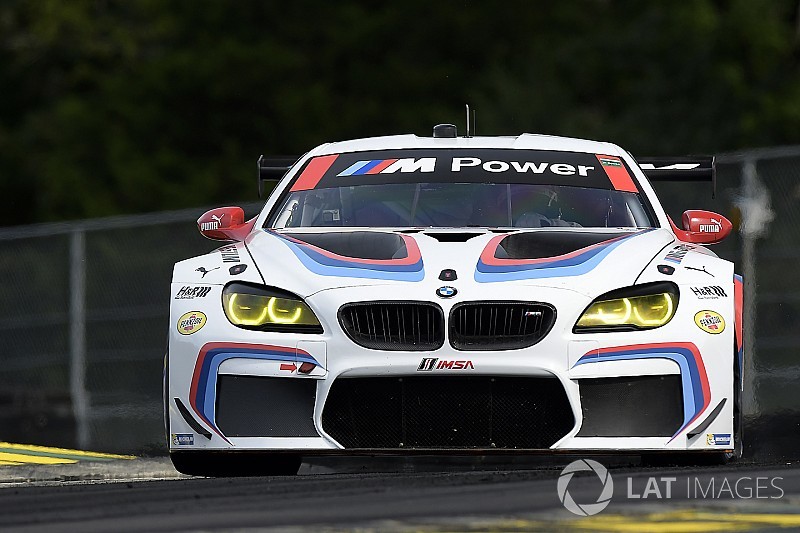 Not even halfway through the 2017 edition of Petit Le Mans, and the Prototype fight is getting intense and claiming high-profile casualties, while the GT classes remain fraught as they have been all season...

Johannes van Overbeek is leading in the #22 ESM Nissan DPi, but as the race approached completion of its fourth hour, the sister machine of Scott Sharp was punted into a sandtrap at Turn 10 by Chris Miller in the #85 JDC Miller Oreca.

Another fast Prototype to suffer misfortune in the past two hours was the Action Express Racing #31 Cadillac, currently driven by Mike Conway, who picked up a large piece of debris and had to pit dropping him down the order.

However, AXR’s misfortune was as nothing compared with the Wayne Taylor Racing team which had to retire its #10 Cadillac with engine failure, soon after Ryan Hunter-Reay got in for his first stint.

AXR’s other car, with Filipe Albuquerque at the wheel runs second, ahead of Juan Pablo Montoya who, through aggressive driving and smart team tactics during caution periods, is into third in the Penske-run Oreca Gibson. The similar Rebellion-run machine of Gustavo Menezes is fourth, ahead of Marc Goossens in the Visit Florida Racing machine.

As with ESM Nissan, BMW has had a tale of joy and woe. Alexander Sims continues to lap at the head of the field, chased hard by Laurens Vanthoor in the #912 Porsche 911 RSR, the Corvette pair and the #911 Porsche of Nick Tandy, but the #24 BMW lost 10 laps to a power steering issue. Dirk Muller and Ryan Briscoe in the Ford GTs run sixth and eighth, split by the Risi Ferrari but they are on pace and only running in lowlier positions through strategy.

Katherine Legge’s #93 Acura leads the class, as it has for most of the race. Closest challenger currently is Jesse Krohn’s Turner Motorsports BMW M6, while Christopher Mies’ Land Motorsports Audi R8 and Madison Snow’s Paul Miller Racing Lamborghini are third and fourth.