Felipe Nasr turned on the magic to take pole for Action Express Racing in the IMSA WeatherTech SportsCar Championship finale at Road Atlanta, while Risi Competizione’s Ferrari and the Paul Miller Racing Lamborghini headed their classes. 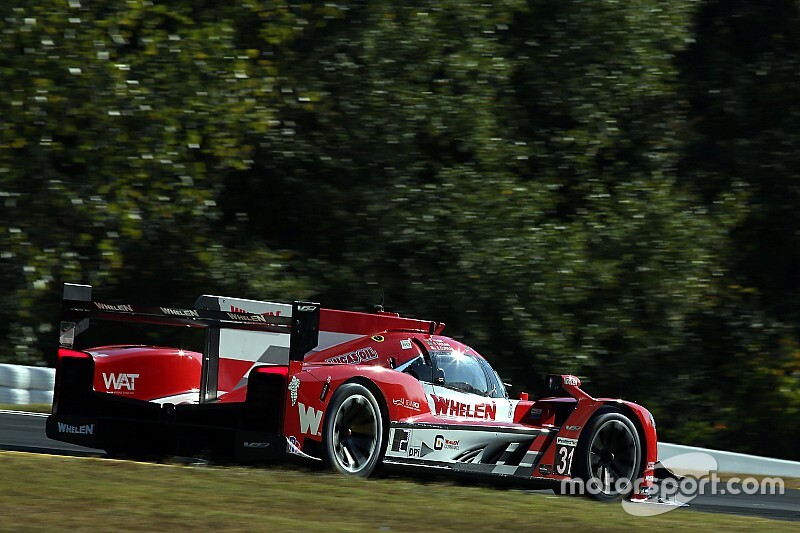 Nasr’s Cadillac DPi-V.R lapped the 2.54-mile course in 68.457sec which Ricky Taylor tried but failed to beat by 0.141sec in the #7 Acura Team Penske ARX-05. Taylor did, however, move onto the front row by beating the second AXR Cadillac of Filipe Albuquerque by just 0.031sec.

Dane Cameron was fourth in the championship-leading second Acura, only just ahead of Timo Bernhard in the faster of the two Mazda RT24-Ps.

Ferrari factory driver James Calado gave Risi Competizione the GT Le Mans pole position it threatened from the moment it took to the track yesterday, the Ferrari 488 lapping in 1min15.639sec.

Perhaps most surprising was the fact that Calado’s nearest competitor was Antonio Garcia, a mere 0.063sec slower in the Corvette C7.R that will make its swansong tomorrow after six glorious years in the GTLM category.

Philipp Eng did a great job in the #24 BMW M8 to beat both Porsche 911 RSRs, both Ford GTs, the second Corvette and his own BMW teammate and newest IndyCar megastar Colton Herta.

Ricky Feller did an excellent job in the Montaplast by Land Motorsport Audi R8 LMS to set a new GT Daytona track record – only to see his times deleted because his team touched the car during a red flag period.

That session stoppage was caused by Robby Foley parking his Turner Motorsport BMW M6 GT3 in the Turn 10 gravel at the end of his out lap.

However, Michimi too had his times deleted, elevating Ben Keating to second in the Riley Motorsports Mercedes AMG-GT3 ahead of Jeff Westphal in the Scuderia Corsa Ferrari 488 GT3.

The raceday warm-up begins at 9.30am local (Eastern) time, with the 22nd Motul Petit Le Mans taking the green flag at 12.05pm.

UPDATE: Corvette's #3 entry was moved to the back of the GTLM field as the car was "found to be out of compliance in post-qualifying inspection" according to a team statement.

It promotes the #24 BMW to second in class ahead of the points-leading #912 Porsche.