Porsche driver Earl Bamber believes Corvette Racing is "definitely beatable" in the IMSA WeatherTech SportsCar Championship this year as he believes his Porsche team is "not that far away".

Corvette's new C8.R replaced the ageing C7.R this year and has won all three GT Le Mans races since IMSA's resumption after the COVID-19 pandemic at Daytona in July.

Antonio Garcia and Jordan Taylor followed up their breakthrough Daytona victory with a second win at Road America in wet conditions, while Oliver Gavin and Tommy Milner triumphed at Sebring after both Porsches clashed in the pitlane.

Defending IMSA GTLM champion Bamber, who shares the #912 Porsche with Laurens Vanthoor, currently lies second in the points in what is set to be the last season of Porsche's works involvement in IMSA, following its decision to withdraw at the end of this year.

Bamber has been part of the programme since 2015 and is determined to ensure it goes out on a high by resolving the "simple things letting us down at the moment" which he believes have allowed Corvette to steal a march.

"I would say that they’re doing a really good job and they’ve built a fantastic car, but I would also say that we’ve been doing a bad job," Bamber told Motorsport.com.

"In Sebring we were leading the race and the two cars crashed into each other, so they had an easy race gifted to them there by us with both cars.

"Then at Road America they were fifth and sixth, and with their dry pace had nothing for BMW or us. On our car we were leading quite comfortably and then we had no radio, so I couldn’t hear there was rain on the front straight.

"I would say simple things are letting us down at the moment, where we should be better. They are doing a really good job but at the same time they’re definitely beatable as well."

Bamber added that the self-induced problems are a source of hope for the rest of the season, which resumes at Virginia International Raceway this weekend.

"We’re not that far away and if we’ve been doing a bad job right now, it means for us that everything is on the table to be able to have a good second half of the season," he said.

"If we said that we were doing a perfect job, and we were still losing each weekend then we would be worried. But first we need to be strong as our own team and have good weekends by our standards, and then we’ll see if we can beat them or not.

"At Daytona we had a perfect race and we didn’t have the speed for them, but the last two we felt that we had the better car and we just didn’t execute it. It’s not going to be easy by any means, but we’re not going to put up the white flag." 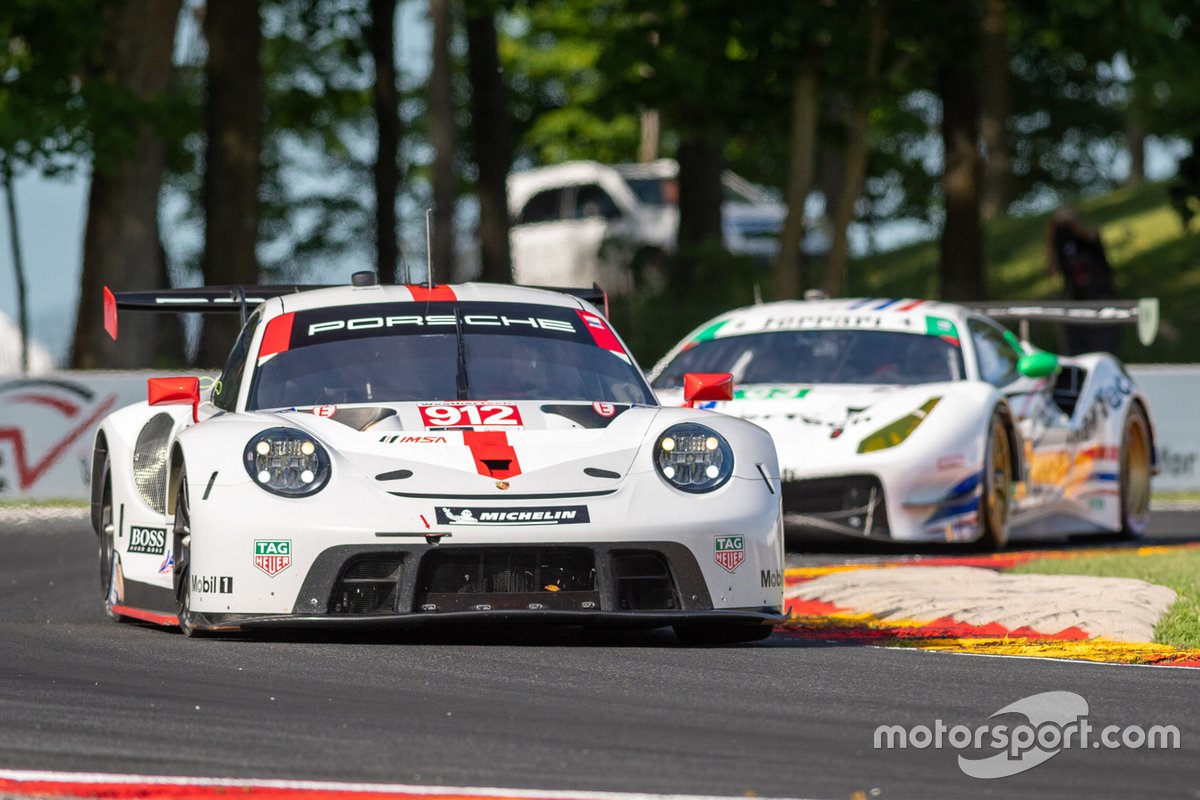