Factory Porsche driver Nick Tandy says that both IMSA and the FIA World Endurance Championship need to “put on a show that lives up to this hype” in a new era of sportscar racing.

Speaking during testing at Daytona, where the 2015 Le Mans 24 Hours and Petit Le Mans winner was driving the new 963 ahead of his fulltime IMSA GTP campaign, Tandy believes the coming seasons of unification across both prototype and GT classes can be huge for sportscar racing on both sides of the Atlantic.

Porsche and Cadillac will enter LMDh prototypes in WEC as well as IMSA in 2023, while WEC adopts GT3 regulations in 2024 that mirrors the machinery run in IMSA’s GTD ranks. The ultimate aim is for the world’s biggest sportscar manufacturers to have the ability to race cars – on a factory-run or customer-team basis – on both sides of the Atlantic.

“I think we’re all looking forward to it, aren’t we?” he told Motorsport.com. “We’re hoping that it will be a new era with the whole unification in prototype and GT in the top sportscar series across the world.  The pressure then starts to come on to us teams to put on a show that lives up to this hype.

“The fact that it’s January in Daytona, and there’s a lot of work to do, does put that pressure on. We want to put on a good show and have a good race. So we’re all looking forward to it, but with a bit of trepidation.” 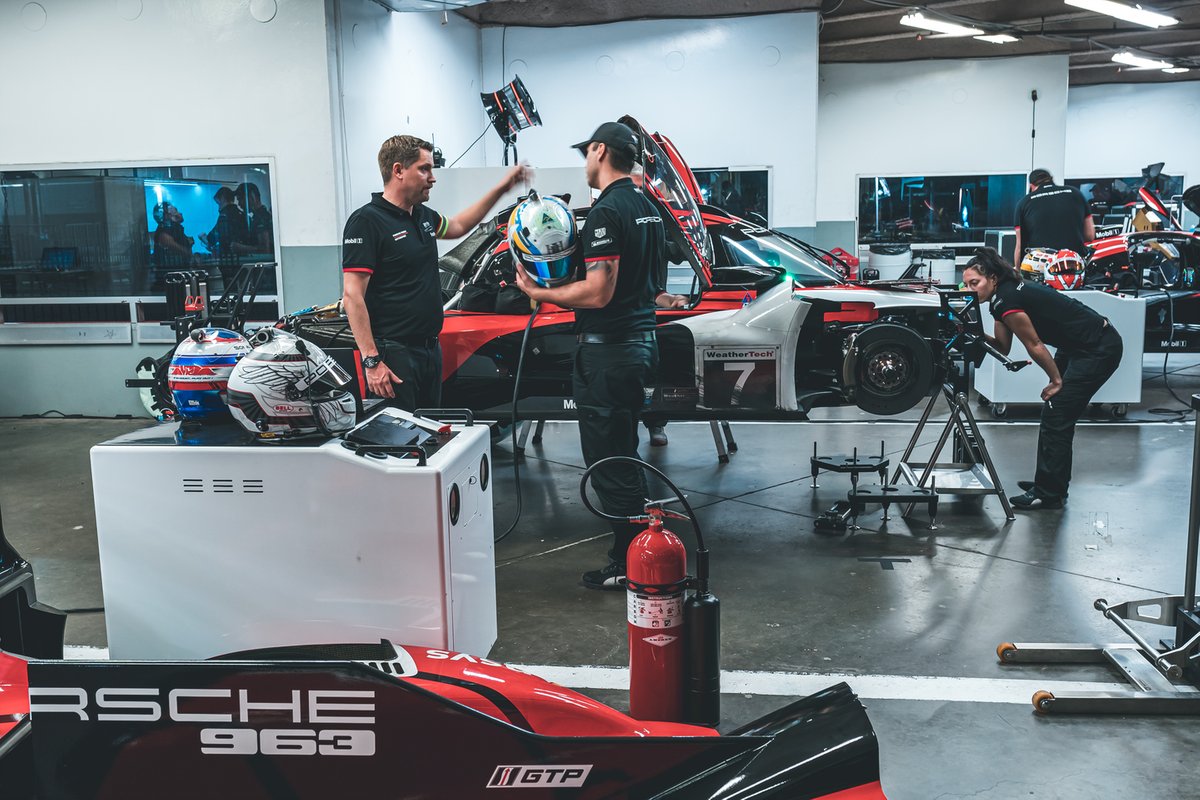 The stumbling block that IMSA’s four GTP manufacturers have faced has been the compressed timeframes to develop their new cars along with the common hybrid system, which has been impacted by supply chain issues delaying new parts.

“The world, globally, has supply issues with bits and pieces,” said Tandy. “I think it’s no secret that there isn’t perhaps the supply of parts that teams would like, in the time that they want this stuff.

“So, it’s a case of managing this, managing your time, to make yourself ready. We want to test, but we need to race.”

IMSA’s season kicks off with the showpiece Rolex 24 Hours at Daytona next weekend, and pressure will be on all the teams to not only have the reliability to race twice around the clock, but also to put on a good show for the GTP-era curtain raiser.

Tandy believes that IMSA’s competitive nature will shine through, and that the Daytona opener can live up to its usual final-hour fireworks at the front of the field and continue its sequence of last-gasp finishes.

“Welcome to IMSA, because this is how the racing is,” he said of the potential for late-race drama. “The hope is that the cars have parity, and we can have a race against each other; a lot of times I’ve seen in series you start the race in fourth, you finish in fourth – but you end up four laps down.

“We’re hoping that the cars can race together, and when it comes down to it, we’re racing drivers who’ll race the cars hard against each other. So, my hope is that there are at least four cars on the lead lap at the end of the race and they’ll battle it out as usual.”