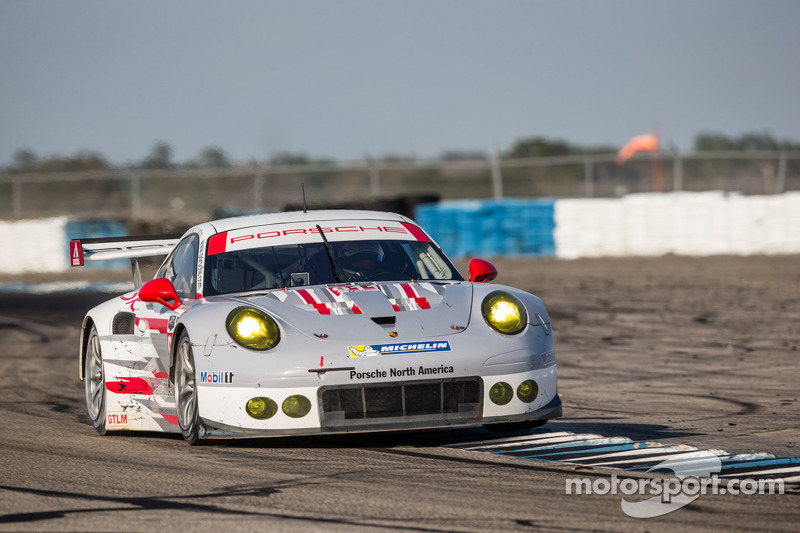 Each of Porsche North America’s two Porsche 911 RSRs led two sessions with Patrick Pilet driving the No. 911 entry he shares with co-drivers Nick Tandy and Richard Lietz to the fastest lap in class with a time of 1:59.395 (112.769 mph) in the final 45 minutes of Friday’s afternoon session. The two-day winter test is in preparation for the Mobil 1 Twelve Hours of Sebring Fueled by Fresh From Florida on Saturday, March 15, the second round of the Tequila Patrón North American Endurance Cup.

"We had a clear set of objectives entering the test,” said Owen Hayes, Porsche Motorsport North America director of operations. “While finding speed is always very nice, our main goal was to test the cars at one of, if not the, most physically demanding race courses in the world. To be able to work through our checklist of items to test without any major issues with either of the Porsche North America 911 RSRs was very encouraging.” 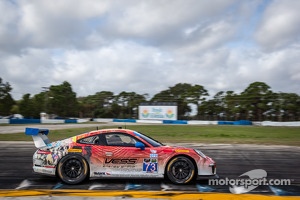 The clean sweep of testing adds to an already successful start to the 2014 TUDOR Championship season for Porsche after Tandy, Lietz and Pilet combined to drive the No. 911 Porsche 911 RSR to victory in the season-opening Rolex 24 At Daytona.

The Porsche North America No. 912 Porsche 911 RSR co-driven by Patrick Long, Michael Christensen and Joerg Bergmeister finished the test second in GTLM, with Bergmeister turning a lap of 1:59.867 (112.324 mph), also in the final session. The No. 93 SRT Motorsports SRT Viper GTS-R of Marc Goossens, Jonathan Bomarito and Jeroen Bleekemolen was third at 2:00.496 (111.738 mph).

“Sebring suits our Porsche a bit better than Daytona,” said Estre. “We found a good setup at this test, and I feel we’re in good shape for the race. We gave it our all out there. When we return, we’ll see if the other teams were holding back anything.”