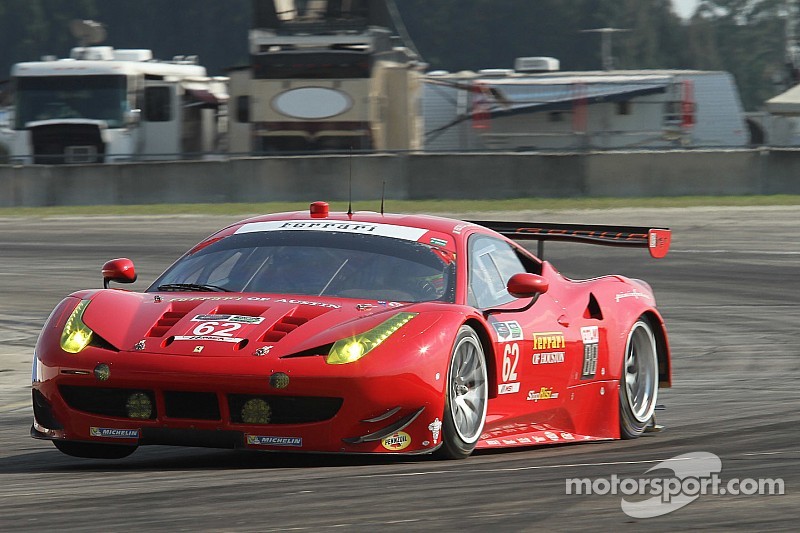 It’s hard to imagine that in 1969, when peace activist John McConnell suggested at a UNESCO conference in San Francisco that we should have a special day once a year to recognize the urgent need for environmental awareness, that he had sports car racing in mind.

Yet on Earth Day 2015, it is worth noting that the TUDOR United SportsCar Championship is proceeding with the plan initiated by the American Le Mans Series presented by Tequila Patrón years ago to explore ways to go fast, but still go green. Since the ALMS and GRAND-AM Rolex Series formally joined forces under the TUDOR Championship banner in 2014, the green initiatives begun by the ALMS have expanded.

Last year IMSA, the sanctioning body for the TUDOR Championship, signed new agreements with the U.S. Department of Energy, the U.S. Environmental Protection Agency and the Society of Automotive Engineers International prior to January’s Rolex 24 At Daytona. A few months later, leaders from the United States Department of Energy and the Environmental Protection Agency joined executives from the auto and fuel industries in a conference prior to the Mobil 1 Twelve Hours of Sebring Fueled By Fresh From Florida.

This past March, again a few days before the Sebring race, government and private sector officials again met in a conference to share ideas and renew a united commitment to the IMSA Green initiative.

Ford executives there spoke of the EcoBoost engine architecture that has spread across the company’s consumer line, alongside the EcoBoost turbocharged 3.5-liter V-6 engine that powered a Chip Ganassi Racing with Felix Sabates Prototype to victory at the 2015 Rolex 24.

Tim Keene of DeltaWing Racing spoke of that innovative four-cylinder Prototype car that is able to run with V-8 competitors: Half the weight, half the power, fewer and smaller tires, “yet the same speed.”

Mazda’s John Doonan spoke of his company’s development of the SKYACTIV diesel Prototype car, which uses a four-cylinder turbocharged diesel engine that shares many parts with the production diesel Mazda uses in its Mazda 6 in other countries. And the SKYACTIV cars use synthetic diesel fuel produced largely from poultry and beef processing waste.

“We want to race relevant technologies, we want to really connect what we race on the track to what we sell in the showrooms in terms of the vehicles and the engines, and we also want the sanctioning body to run on a biofuel,” said Jim Campbell, Chevrolet Vice President of Performance Vehicles and Motorsports. “We were the first team in the GT category to really adopt E85 ethanol. Chevrolet Corvettes won three manufacturers’ championships and three team championships running on cellulosic ethanol.”

The IMSA Green platform is the evolution of a partnership that began in 2008 between the SAE, DOE, EPA and the ALMS.

“It speaks volumes that we have the leadership of the U.S. Department of Energy and the U.S. Environmental Protection Agency at Sebring International Raceway putting their support behind what we’re doing,” said Scott Atherton, president and chief operating officer of IMSA.

In December of 2014, IMSA and DEKRA North America announced that DEKRA would become the title sponsor of the DEKRA Green Challenge Award which is presented to the most environmentally clean, fast and efficient GT Le Mans (GTLM) competitor at each race.

The DEKRA Green Challenge award is determined through Green Racing protocols established by the United States Department of Energy, Environmental Protection Agency and the Society of Automotive Engineers International as part of their alliance with IMSA.

DEKRA SE is one of the world’s leading expert organizations, working in more than 50 countries. The company’s 35,000 employees provide professional and innovative services in fields that include vehicle inspection, claims services, system certification, product testing and certification. Donald O. Nicholson, President and Chief Regional Officer of DEKRA NA, said that his company will administer the DEKRA Green Challenge Award, which, he said, “will recognize the ‘most green’ car of every race.”

Risi Competizione's Ferrari F458 Italia was the DEKRA Green Challenge winner at the 2015 Mobil 1 Twelve Hours of Sebring. As mentioned, all cars competing in the TUDOR Championship utilize alternative fuels including E-10, cellulosic E-85 and renewable synthetic clean diesel, but the GTLM Class is the only class within the series that uses cellulosic E85, which is a blend of 85 percent denatured ethanol and 15 percent gasoline. Multiple manufacturers offer “flex fuel” vehicles that can operate on gasoline, E10 or E85.

The Green Challenge scores are calculated each lap of the race from “clean, fast and efficient” data provided by the timing and scoring system plus the observed energy consumption – or fuel used – of each car’s pit refueling tank sensors.

It’s an award that is respected and appreciated by the competitors who win it, said Dave Sims, team manager for the No. 62 Risi Competizione Ferrari team.

“The DEKRA Green Challenge Award is all about efficiency with the pit stops, fuel consumption and the amount of time you’re in the pits,” he said. “Basically, if you spend a lot of time in the pits, you’re never ever going to win the award. Your stops have to be fast and quick, so the less time you spend with every pit stop, the better it is. It’s down to the crew and the engineering on the fuel consumption, as well. They have a meter on the fuel tanks and it registers how much you put in and how much fuel you use within the 12 hours.

“We won because we obviously used less than anybody else, which is a good thing.”

A good thing for everybody, and something to be proud of on Earth Day.

Jan Magnussen: Another day, yet another podium

Every TUDOR Championship GT-Daytona entry gets 'Balance of Performance' adjustments