Bobby Rahal: Zanardi is integral to our team at Daytona 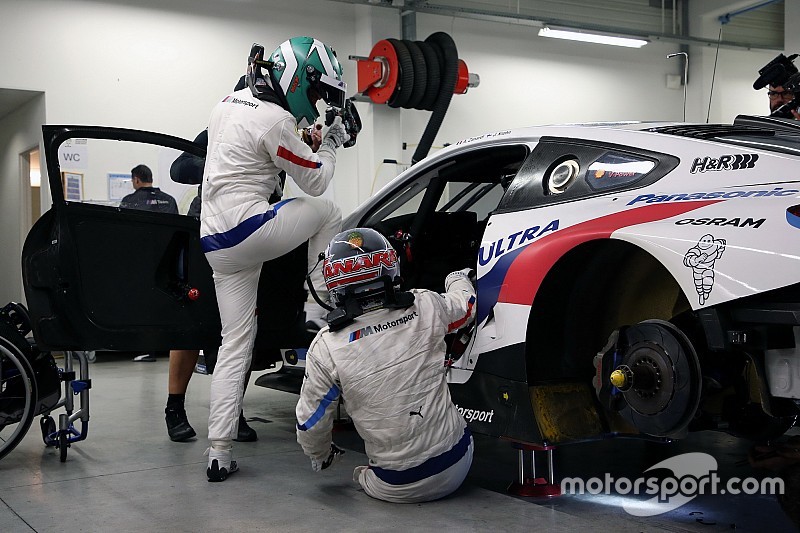 Bobby Rahal says that Alex Zanardi joining his Rahal Letterman Lanigan BMW team for the Rolex 24 Hours at Daytona “is a hell of a story,” but says the former Indy car champ’s presence is not just a gimmick or publicity stunt.

Following the 2001 CART Indy car accident that cost him his legs, Zanardi has become synonymous with BMW, the brand adapting racecars to suit his less conventional demands with prosthetic limbs.

He scored four wins in the World Touring Car Championship before retiring at the end of 2009 to focus on his efforts in the Paralympics. This effort paid off in magnificent style, as in the 2012 [London] and 2016 [Rio de Janeiro] Games, he accrued a total of four gold medals and two silvers.

In between those two Paralympics, Zanardi returned to racing, driving BMW Z4 in the Blancpain Series in 2014, scoring a best result of fifth.

Electing to ditch the artificial legs for racing, last year Zanardi tried a hand-operated braking system while piloting a BMW M4 for a DTM one-off at Misano in which he finished fifth.

This system has been customized to his taste and modified for the BMW M8 sportscar, enabling the two-time Indy car champion to take part in this month’s Rolex 24 in the Rahal Letterman Lanigan Racing squad for his first race in America since the accident.

Although Zanardi was occasionally around eight-tenths off his fastest teammates in last week’s test, the Roar Before the Rolex 24, team owner Bobby Rahal said there was no point in reading much into his lap times.

“The Roar is useful,” he told Motorsport.com, “but it’s easy to get caught up in the whole thing about laptimes. It’s about getting bedded in and getting the car right because when we come back in a couple of weeks, we have so little time before the race starts on the Saturday.

“The Roar is about practicing driver changes, doing long runs, working out what’s the fastest way to do a stint without burning off the tires, and so on.”

Asked if Zanardi was pulling his weight within the team rather than just conducting the race as a personal challenge, Rahal replied: “Alex is making himself integral to the team.

“I’m really honored and we’re all excited at RLL to have Alex onboard. We’re very appreciative of BMW putting him in with us because it’s a hell of a story, he’s a hell of a good guy and most importantly a great man. We’re thrilled.

“But it’s more than that, for sure. Look at Alex in that one-off DTM race – the guy can drive!

“So I think for him the test was about learning the brake system, learning the M8 and learning the track, he was just being a little bit careful, being smart. I’m sure if we’d said to Alex, ‘Hey, we need you to go do a qualifying sim[ulation], he’d have been right there with the others.

“But that’s not what it’s about in a 24 hour race. It’s far more important to get the car to where it can deliver over a whole stint, and Alex is smart enough to do that.”

Asked how the youngster was adapting to driving a large coupe, Rahal said: “To be fair, he didn’t have that much time on track last week. But when we first tested him he did a very good job.

“As I’m sure he found out, testing is one thing, being out there practicing among all those different cars is another story. But he’s pretty smart, clearly we’re going to advise him that this isn’t a 100-mile Indy Lights race – he’s going to be out there for a while in each stint, and it’s about consistent lap times and staying out of trouble. He’ll be fine.”

Rahal was effusive in his praise of Supercars ace Chaz Mostert, who raced for the team in last season’s finale, Petit Le Mans.

“Let me tell you, that guy is a stud!” said Rahal. “I really like him, for one thing – super guy, super personality. And his performance in the car is pretty special.

“He joined us at Road Atlanta – a tough track, and one he’d never seen. It’s pretty busy once the race starts because there are a lot of cars on quite a short course. It’s risky.

“But I’ve gotta say, across the team, we were so impressed with his speed and his judgment, and also the way he interacted with the team when it came time to debrief in the trailer. I have a lot of time for him.”