Richard Westbrook: Good start for Ford, but things can only get better 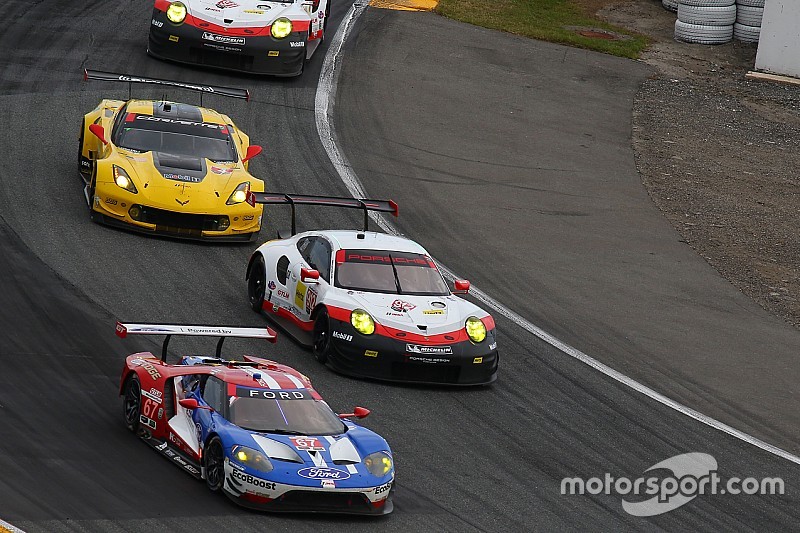 In the first of his new columns for Motorsport.com in 2017, Ford GT IMSA star Richard Westbrook writes about a tricky start to the season at Daytona, as the Rolex 24 didn’t quite go to plan.

It feels good to have begun the 2017 race season, even if the result at Daytona wasn’t ideal for us in the #67 Ford GT.

A year ago, we’d have taken this finish, hand over fist. But, it was great to witness Ford win the event and it was a job well done by the team to get all four cars to the end – that’s another positive we can all enjoy.

That’s how much things have changed over the past year with the Ford Chip Ganassi Racing team; the trajectory we’ve been on since Daytona last year has risen race by race. Of course, sport is all about taking things one step at a time, focusing on the event you're in at that moment, but I think we all feel that the championship is our aim this year.

For me, the weekend started exceptionally well. My motorhome for the weekend was a former steed of country-music legend Garth Brooks, not to be confused with the sometime Tottenham Hotspur footballer, Garth Crooks!

I was delighted with it, it sounds laughable, but during a 24-hour race, the motorhome is a place of solitude from the chaos on track. If you can get an hour with your eyes closed you’ve done well. Mind you, Dirk [Muller – my Ford team-mate] had Taylor Swift’s first ever tour bus, so I’m not sure who had the better deal…

A great event, and getting bigger

The atmosphere at Daytona was just incredible this year. It’s always good, but it’s an event that seems to be building in stature year on year, and the attention we get as a competitor is noticeably increasing from those outside of sportscars.

Having the odd NASCAR driver helps, but on social media there were racers from all forms of the sport taking an interest. That can only be a good thing. The fans also did us proud, braving some truly British summer rain. It was a fantastic crowd and the setup of Daytona means you feel that buzz in and out of the car.

Qualifying went well. I finished second behind the #66 Ford of Joey Hand, but there was little I could’ve done to better my time. He got a monster tow on his lap, it was just one of those laps you dream about. It was a great way to begin the weekend for Ford Chip Ganassi and I was chuffed for Joey too.

It never rains but it pours

I began the race on Saturday and I was really glad when I lost my tyres on the first stop. They were the qualifying set and were just not giving me what I needed for the race unfortunately. We had a great dry setup on the car, knowing that despite the impending rain, we’d have a dry finish. That proved to be accurate.

When the rain came, it was unrelenting. The majority of my race was in the wet, and it was really tricky to keep it planted on the island. Our car was exceptional in the dry, good on a drying track, but the wet did cause us issues. I’d go as far as to say it was lethal crossing the painted lines on the track.

What happened to Ryan [Briscoe, who went off and damaged the car] at the Bus Stop chicane in the rain could’ve happened to me or Scott [Dixon]. It was very unfortunate and tough on him. I had three double-stints and the car was just getting better and better as more rubber went down. But, the rain just eliminated that grip and made it a lottery.

We’re all keen to put it right at Sebring next time out. I think when you have a disappointment you’re always keen to jump back into the car and avenge the previous result, but Sebring is just phenomenal, I love that race. It’s a bit of a ‘car-killer’ but we had a good test there in November and we’re all confident of challenging for the win.

Even though we weren’t in the fight at the end of Daytona, there was another part of me that is the racing fan, that was just fascinated at how the race unfolded. It was amazing to witness [Porsche’s Patrick] Pilet, [Chevy’s Antonio] Garcia, [Ferrari’s James] Calado and our own Dirk Muller do battle. The driving was just superb in GTLM. But, it was gut-wrenching to not be part of it.

I didn’t really look outside of GTLM during the race. As a driver you lock-in to your class and everything else doesn’t really matter. That said, I did keep my eyes peeled on the fortunes of the #90 Visit Florida Racing guys. They’ve been a huge part of my time in the US, and it was fantastic to see them get the car to the finish, and on the podium. I wish Troy [Flis] and the team all the best for 2017.

Finally, I want to close out my first Motorsport.com blog by heaping praise on the entire Ford Chip Ganassi Racing team. The #66 crew deserved the win entirely. Dirk’s driving in the final hour was superb. He drove really well, made the move when he had to, and when the Porsche was quick after the safety car, he did what he had to do to get the result.

Having the WEC Ford boys with us was good value too. Their season starts in a few months and it will serve them well to have completed Daytona and to have been so competitive in their first race of the year.

More broadly, it’s worth highlighting how hard the Daytona event is on our crew teams as well. We all know it’s hard on the drivers, but we do get an hour or two of sleep during the race; the crew gets zero. It’s also a series of late nights for them – the whole week is grueling. It’s very easy as a driver to take the plaudits, but our crew are the ones who deserve it.

The guys had quite a bit of damage to repair on our car during the night… and yet it went out as good as new. It never ceases to amaze me what they can achieve. Hopefully they’ll have an easier ride when we go to Sebring next.