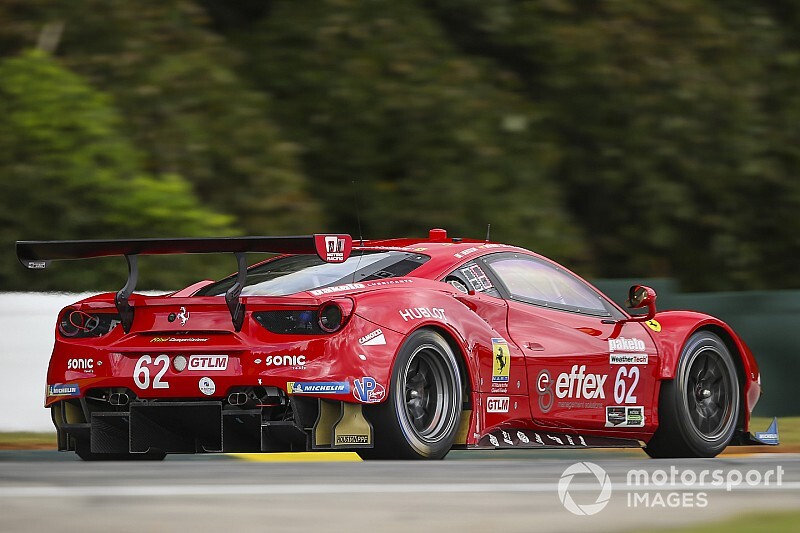 Risi Competizione is entering its first IMSA WeatherTech SportsCar Championship race since January’s Rolex 24 Hours at Daytona when it starts the Motul Petit Le Mans on September 12 in the GT Le Mans class.

The Ferrari 488 GTE will compete at Road Atlanta piloted by the trio of drivers who won the GTE Pro category in this year’s 24 Hours of Le Mans for AF Corse – Daniel Serra, James Calado and Alessandro Pier Guidi.

“Petit Le Mans has been a special race to me and the team since it first started at Road Atlanta 22 years ago,” said team principal Giuseppe Risi. “Having won that inaugural race in 1998 and three additional victories, I’m quite fond of this race and this venue.”

Risi team finished second in GTLM at the Rolex 24 with Calado and Pier Guidi sharing driving duties with Davide Rigon and Miguel Molina.

The first of Risi’s four victories at Petit Le Mans came in the inaugural race in 1998, when Wayne Taylor, Eric van de Poele and Emmanuel Collard won in the Doyle-Risi Ferrari 333 SP, and the squad followed this up with class wins in 2008 and 2009. The first of these years saw Jamie Melo and Mika Salo triumph in a  Ferrari 430 GT3, and the following October they were joined by Pierre Kaffer.

The last PLM win for Risi’s team, in 2016, was the squad’s last triumph in IMSA, when Calado teamed up with Giancarlo Fisichella and Toni Vilander.