The Risi Competizione Ferrari squad will contest the Rolex 24 Hours at Daytona next month with its Petit Le Mans-winning driver line-up plus Davide Rigon. 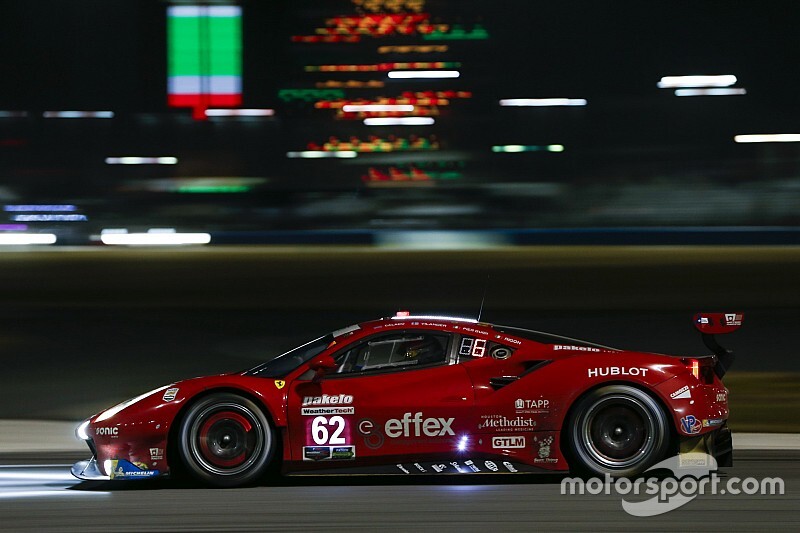 Rigon will thus join James Calado, Alessandro Pier Guidi and Daniel Serra in the Ferrari 488 GTE run by the Houston-based team which won the GT Le Mans class at Road Atlanta race despite competing in only its second IMSA WeatherTech SportsCar Championship round of the year.

The ultra-successful team has scaled back its IMSA outings since mounting full campaigns in 2014-2016 and raced only at Daytona in 2018.

Team owner Giuseppe Risi said: "This is always one of the most important races on the calendar, so we will be there and ready to go against what is always a challenging field of competitors.

"We always race to win, and after our victory at Petit Le Mans to close out this year, we want to win all the more in 2020."

Risi's 2020 Daytona entry will be its 17th since 1998, during which time it has recorded three class victories and two second-place finishes overall.

The team has yet to confirm further IMSA outings beyond the Rolex 24.