Dane Cameron drove the #6 Acura Team Penske ARX-05 to the top of the times in first practice for Sunday’s IMSA WeatherTech SportsCar Championship round at Road America. 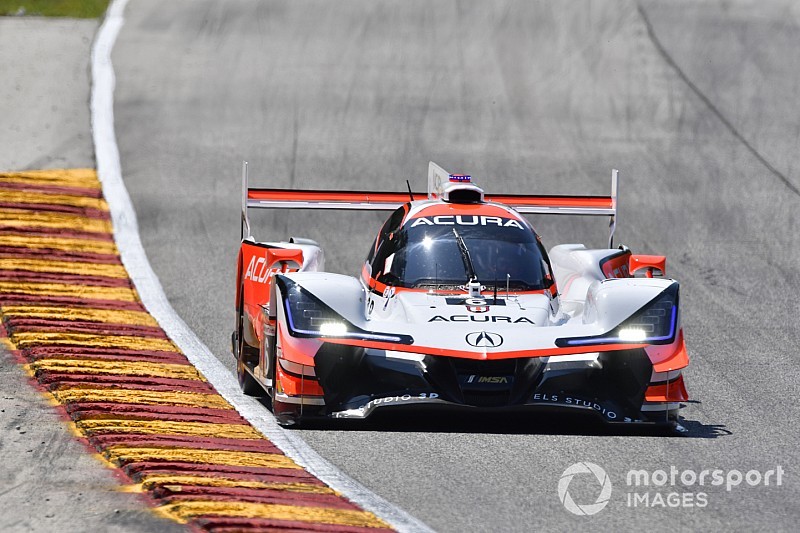 The championship leader (along with co-driver Juan Pablo Montoya) lapped the 4.048-mile track in 1min50.007sec to go 0.023sec than Colin Braun’s best effort in the Nissan DPi run by the CORE autosport team, and precisely 0.1sec clear of teammate Ricky Taylor in the #7 Acura.

The closest rivals to Cameron/Montoya on the points table are Felipe Nasr and Pipo Derani of Action Express Racing and they were fourth fastest this morning, but the Cadillac DPi-V.Rs have been left gasping by the pace of their Prototype rivals, Nasr lapping some 1.2sec off the pace.

Tristan Vautier in the JDC Miller Motorsports Caddy was fifth, a further few hundreths behind.

Harry Tincknell was fastest Mazda driver, but his #55 RT24-P was over 1.5sec in arrears, marginally faster than Joao Barbosa in the second AXR Cadillac, who was in turn 0.15sec ahead of Oliver Jarvis in the second Mazda.

In GT Le Mans, Nick Tandy’s #911 Porsche 911 RSR was fastest by 0.4sec ahead of the #4 Corvette C7.R of Oliver Gavin, who has been rejoined by Tommy Milner this weekend after the American had to sit out the last two races with a hand injury.

Tom Blomqvist was an encouraging third fastest in the BMW M8 ahead of the second Corvette of Antonio Garcia and the second Porsche of Laurens Vanthoor.

GT Daytona saw Jeroen Bleekemolen’s Riley Mercedes-AMG GT3 finish the session P1 but just half a tenth faster than Bryan Sellers in the Paul Miller Racing Lamborghini Huracan, which in turn was 0.3sec up on Pat Long’s best in the Park Place Motorsport Porscher 911 GT3 R.