Roar Before the 24: successful tests for both Ligier JS P2 cars 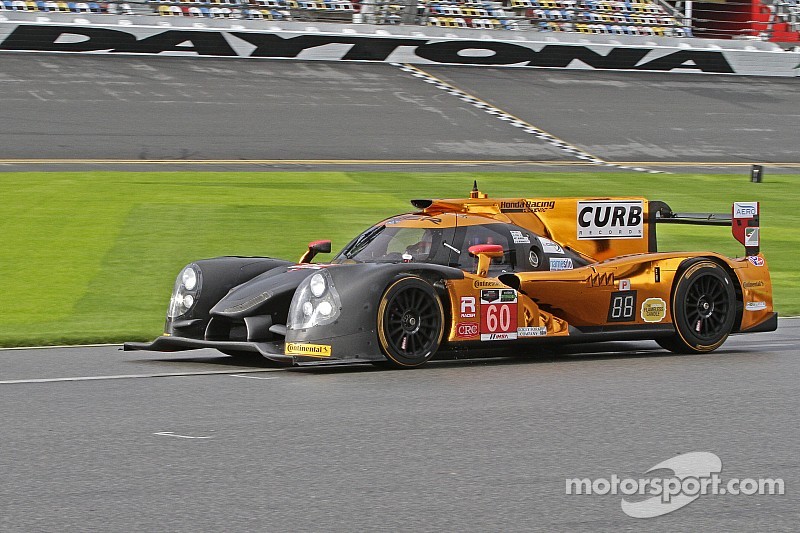 Onroak Automotive was alongside Krohn Racing and Michael Shank Racing to accompany them in their debuts in the LM P2 category.

The Roar Before the 24, the three official test days of the famous Daytona event have allowed Onroak Automotive to work with Krohn Racing and Michael Shank Racing to prepare their Ligier JS P2 cars, respectively equipped with Judd and Honda engines. It was a positive weekend which allowed the teams to progress and to show very encouraging results.

Onroak Automotive was in Daytona this weekend for the three official test days – “The Roar Before the 24”. The Le Mans manufacturer’s support team was alongside Krohn Racing and Michael Shank Racing to accompany them in their debuts in the LM P2 category and their first adventure with the #57 and #60 Ligier JS P2, respectively equipped with Judd and Honda engines.

...they’ve built a car that everybody just loves to drive.

Krohn Racing which raced until now in the GT category, and Michael Shank Racing, which has entered Daytona Prototypes for the past ten years, have made the switch to LM P2 after having discovered the performance of the Ligier JS P2 last year.

The teams took advantage of the eight sessions, including one at night, to work on different track conditions, progress on different set-ups, and so prepare themselves as much as possible before the Rolex 24 At Daytona which will run from the 23rd to the 25th of January.

The teams had up until then only done private tests with the Ligier JS P2. The tests of the Roar Before the 24 were thus their first confrontation with the competition: more than fifty cars, including sixteen prototypes, the category combining the Daytona Prototypes and the LM P2. The two LM P2 Ligier sport-prototypes were regularly at the front.

Krohn Racing’s #57 Ligier JS P2, the first chassis to be equipped with the Judd engine, entrusted to the team of T.Krohn-Pla-Jonsson-Brundle, was always in the top 10. The work and progression carried out over the three days paid off as they set the second and third fastest times in the last two sessions.

Tracy W. KROHN, Krohn Racing Team Owner/Driver: " We learned a lot about the car so it’s really good we were here at The Roar this weekend. We had one fundamental matter on the suspension hook up that we changed. We managed to do some other very successful testing. I’m still not happy with traction control, but we’ll get there. Clearly, it’s getting better all the time. We’ve had some pretty interesting conditions driving here, both at night along with driving today in the rain. There’s also a good amount of cars on the track. The car has always felt good and I’m very pleased with how comfortable everything feels and I’m also feeling pleased with the test overall. There are some things we’ll take away from this test and we’ll come back to the race ready. "

Mike SHANK, Michael Shank Racing Team Manager: " I’ve been pleasantly surprised with how good the car is and how well prepared it is. We’ve had little issues, but nothing ever slowed us down. It’s a big learning process. The Onroak Automotive folks were amazingly accommodating to us and made sure we had what we needed when we needed it. But on top of that, they’ve built a car that everybody just loves to drive. I think we are very competitive so that’s good. We need to make sure the car is reliable but I think we have a chance to win the race. "

Jacques NICOLET, Onroak Automotive President: " The results are very encouraging and the performances of the two Ligier JS P2 cars this weekend at the Daytona test days are of great satisfaction for Onroak Automotive. Our clients Krohn Racing and Michael Shank Racing have chosen different engines, respectively Judd and Honda, and we wish to accompany them as best as we can to reach the same level of competition and that the two teams are able to aim for victories. There is of course still a lot of work to do, but we’re truly satisfied by what has been accomplished by Krohn Racing and Michael Shank Racing, and I can’t wait to see these two Ligier JS P2 cars compete in the legendary 24 Hours of Daytona. "

Flying Lizard completes successful test at the Roar before 24