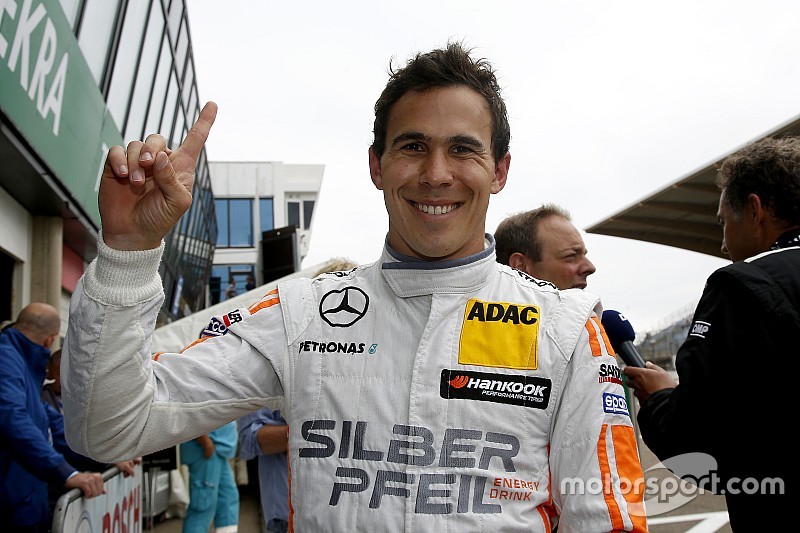 Canadian Robert Wickens is a busy man this winter, having to share his time between kart racing, DTM test sessions, training and endurance racing.

Wickens, a member of the factory Mercedes AMG team in the DTM, is also an avid kart racer. He began his career racing karts and still enjoys competing in kart events even today.

“The winter break gone very well so far. I've had an amazing amount of things to do since the last DTM race in Hockenheim,” said Robert Wickens. “I took part in a kart race in Las Vegas, helped Karli with her work and then flew back to Canada after the DTM tests. I spent Christmas and the New Year in Barbados - it was just fantastic. From there, I went straight to testing in Daytona, so there was quite a lot happening. Now I'm just off to another kart race in Homestead, Florida.”

Wickens took part in the ‘Roar before Rolex 24’, the official test session for the Rolex 24 Hours of Daytona to get ready for his first 24-hour race. “I'm lining up this year with Starworks Motorsport in the LM PC class at the 24 Hours of Daytona. It's gone very well so far,” Wickens explained.

“The car is demanding to drive, and I'm looking forward to my first 24-hour race. Hopefully, I'll be able to take part in more races like this in the future. I would love to race the Mercedes-AMG GT3 at Spa-Francorchamps or in Dubai even or in the 24 hours of Le Mans - it's been a lifelong ambition of mine. That would be really great.”

The Toronto-native admits that intense traffic will probably be his biggest challenge during his first 24-hour race. “I've no idea exactly what's in store for me, as this will be my first 24-hour race, but I have already taken part in a 30-hour test session in a Mercedes-AMG GT3 in Portimao [in Portugal], so I've got a rough idea what it's like to contest a 24-hour event,” he said.

“The only difference was that there were no other cars on the track at the time. It was very different, though, with the ‘Roar before Rolex 24’, because there were 50 or 60 cars in the line-up, and Daytona is not a particularly big track. It's going to be hectic, for sure. You're constantly overtaking GT and GT LM cars in the LM PC. You literally overtake one or two cars every lap. I expect to win to be quite honest. Starworks Motorsport are a great team that won the LM PC Championship last year. Perhaps we can succeed in Daytona, and I can leave the track with a sparkling new watch.”