The 57th running of the Rolex 24 at Daytona is underway, marking the start of the 2019 IMSA WeatherTech SportsCar Championship season. 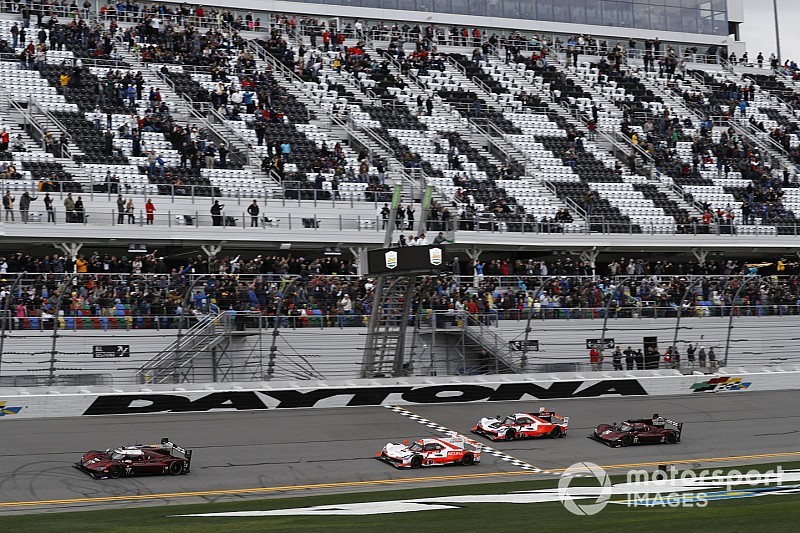 Poleman Oliver Jarvis held the lead into Turn 1 at the wheel of the #77 Mazda RT24-P, and led the first lap ahead of the two Acura Penske cars - with Juan Pablo Montoya in the #6 ARX-05 passing teammate Ricky Taylor for second.

Action Express driver Felipe Nasr gained a position in the #5 Cadillac DPi-V.R to run fourth ahead of the #55 Mazda of Jonathan Bomarito, while Jordan Taylor held sixth in the #10 Wayne Taylor Racing car.

There was early drama for Juncos Racing, as Agustin Canapino pitted on the warm-up lap in the #50 Cadillac.

James Allen held on to the lead of the LMP2 class in the #81 DragonSpeed entry, while Nick Tandy also maintained his advantage of the top of the GT Le Mans division in the Brumos Racing-liveried #911 Porsche 911 RSR.

In GT Daytona, Ben Keating took the lead in the #33 Riley Motorsports Mercedes-AMG GT3 ahead of class polesitter Marcos Gomes in the #13 Via Italia Racing Ferrari 488 GT3.