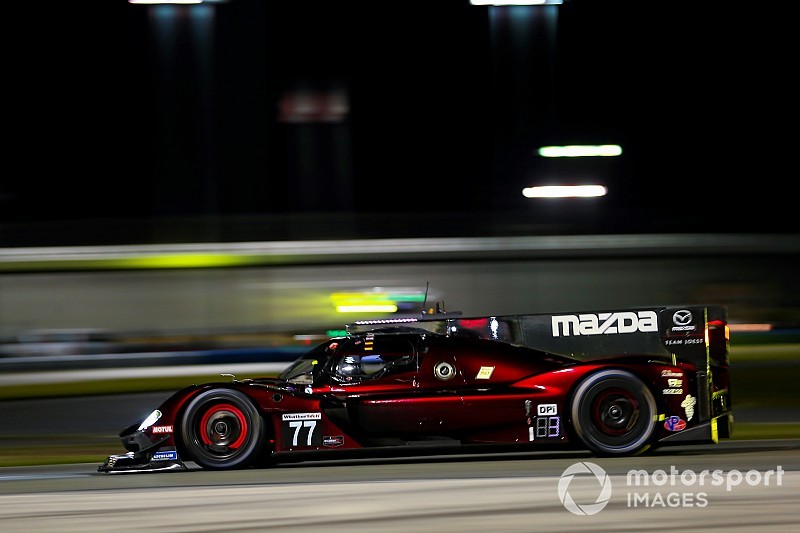 Both of the Joest-run Mazdas were running inside the top six at quarter-distance, with Timo Bernhard well in contention for victory in the #77 car that Jarvis took to a record-breaking pole lap on Thursday.

But the sister #55 Mazda, which had earlier been delayed when Harry Tincknell was rear-ended by Katherine Legge’s Meyer Shank Racing Acura NSX, soon suffered a fuel leak while Olivier Pla was at the wheel and had to be taken behind the pit wall for repairs.

Moments later, Bernhard’s car ground to a halt on track and was seen spitting flames, effectively marking the end of Mazda’s hopes of a first IMSA WeatherTech SportsCar Championship victory.

While Pla was eventually able to continue in the #55 Mazda, albeit two laps down on the leaders, the #77 car was officially retired soon after it was recovered to the garage.

“Absolutely gutted,” Jarvis told Motorsport.com. “We were having a great race, always in the top three, we had a strategy we were sticking to, [taking] no risks.

“The car was handling extremely well. We felt like the race would come to us. I’m just devastated for the guys and girls as well, they worked so hard.

“We don’t know what the problem is yet, we can’t make any assumptions at the moment.”

Jarvis added Mazda had not been fearing any reliability issues heading into the race, having enjoyed a much smoother build-up to the Rolex 24 than it did in 2018, the first race for the Mazda-Joest partnership.

“We had a perfect build-up, but anything can happen in 24-hour races,” he said. “There are always [reliability] concerns, but we had a really good build-up.

“It wasn’t like last year, where we had a tough build-up. We’ve had some really good endurance tests, the guys have done fabulous work on the engine.

“We’re obviously not where we need to be at the moment, but we’ll get there. We’ve got to stay positive.” 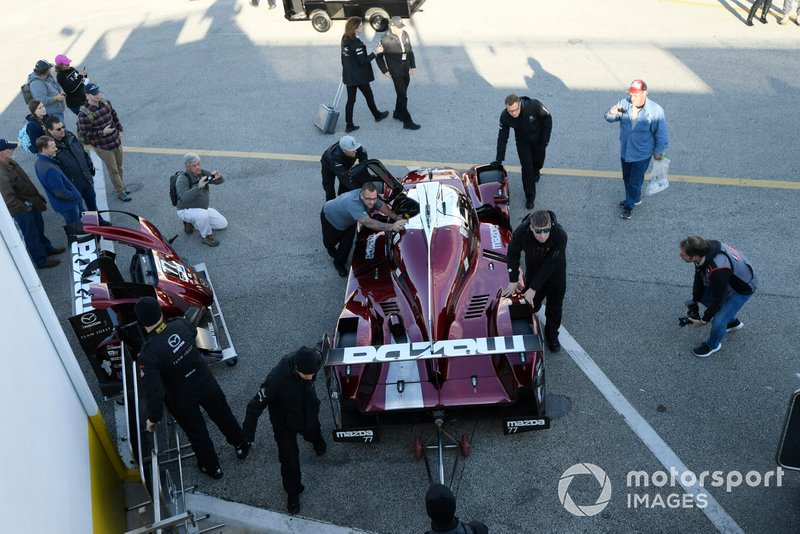