Scuderia Corsa presses on to Indianapolis 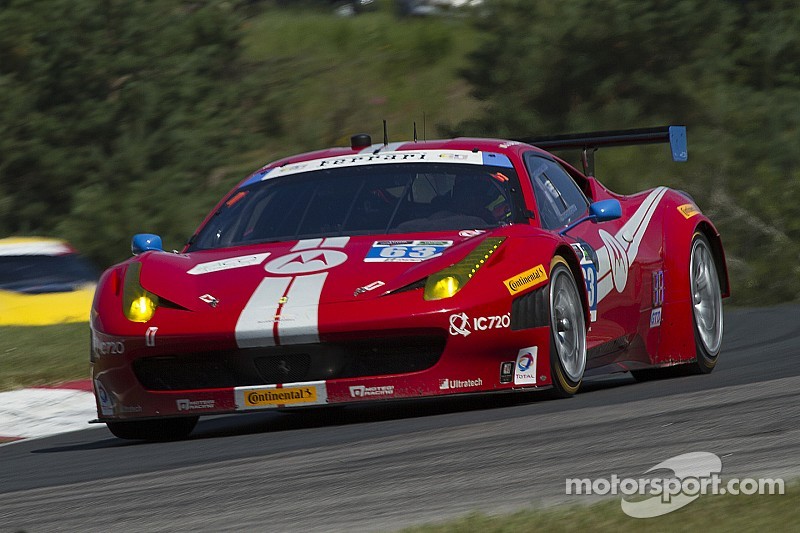 Balzan, Westphal, and number 63 Ferrari are looking for success at the Brickyard.

It's safe to say the previous pair of TUDOR United SportsCar Championship races have been difficult for the no. 63 Scuderia Corsa Ferrari 458 Italia and drivers Alessandro Balzan and Jeff Westphal. However, both of them are entering this weekend's Brickyard Grand Prix at Indianapolis Motor Speedway upbeat and aiming for a second win of the year.

Balzan finished fourth in the Rolex Series race at IMS in the GT class driving the no. 63 Scuderia Corsa Ferrari 458 Italia. After narrowly missing the podium then, he is hoping for a clean race and a chance to compete for the podium this time.

"To race at such a famous circuit in a Ferrari is an honor," said Balzan. "We have had some bad luck recently, and everyone at Scuderia Corsa is motivated to get another really good result not only for our team, but for Ferrari. Right now we have a car that maybe isn't the fastest in a straight line, but has good balance and that will be important this weekend. And as we saw in Detroit, we can count on a good strategy from the team!"

"The last couple of races have been difficult, but everyone at Scuderia Corsa is very motivated," said Westphal. "Considering our position in the championship, our goal is to be aggressive and win races and to also help secure the manufacturer championship for Ferrari. I think we have a car that will be good on long runs and will be good in the infield, and the team will do everything it can to maximize the performance."

While Scuderia Corsa competed at IMS last season, this year will present a new challenge as the road course layout has changed substantially creating a world of unknowns for the drivers and the engineers. The TUDOR Championship will be also sharing the weekend with the NASCAR Sprint Cup and Nationwide Series, putting the track time for the TUDOR Championship at a premium.

Keeping the challenges of the schedule and the new layout in mind, Scuderia Corsa engineer Joe La Joie will be tasked with getting the most out of the no. 63 Scuderia Corsa Ferrari 458 Italia.

"In previous years, the Indianapolis road course presented a couple challenges - long straights, a big brake zone, and the rather abrupt transition onto the short shoot between the oval turns one and two," said La Joie. "This has changed this year since we will run the new IndyCar circuit.  It appears that we could have two significant brake zones and it is unclear as to how severe the transitions will be, if at all.  The track has also been resurfaced. One of the challenges of running Indy is the logistics - NASCAR and IMSA run the oval and the road course on the same day which does not leave us much track time."

The Brickyard Grand Prix will be shown live on Friday, July 25th 5:30 ET on FOX Sports 1. Qualifying will be streamed live on Thursday, July 24th beginning at 4:00 PM ET on IMSA.com.