Dane Cameron took only two laps to lay down an unbeatable lap in the #6 Acura Team Penske ARX-05 to snatch pole for the 2019 Sebring 12 Hours, as Porsche scored a 1-2 in GT Le Mans.

Cameron, in the car he’ll share with Juan Pablo Montoya and Simon Pagenaud, lapped the 3.74-mile airport course in 1min45.865sec to score his first-ever pole in the IMSA Prototype category.

He beat both his teammate Helio Castroneves and Mazda Team Joest’s Tristan Nunez by 0.146sec, but the fact that Nunez set his time before Castroneves means the #77 Mazda will split the Acuras on the grid.

The second Mazda RT24-P, driven by Jonathan Bomarito, set the fastest time in the first sector but couldn’t put a strong lap together and will start seventh.

That leaves him separated from his teammate by the two Action Express Racing Cadillac DPi-V.Rs and the similar machine of Wayne Taylor Racing.

Jon Bennett, who traditionally starts for CORE autosport, was 4sec off the fastest Prototype, and was separated from the penultimate car by the two LMP2 Orecas.

That two-car class battle was surprisingly close, and was settled in Matt McMurry’s favor when he drove the PR1/Mathiasen Motorsport car just 0.011sec faster than Kyle Masson in the Performance Tech Motorsports entry. 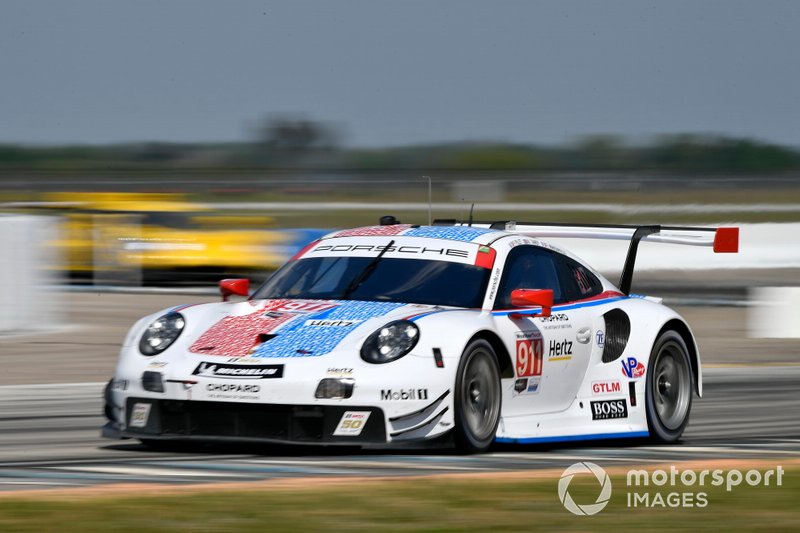 In GT Le Mans, Patrick Pilet led Laurens Vanthoor in a 1-2 for the Porsche 911 RSRs, 0.143sec apart, to grab pole position with a 1min55.899sec lap in the car he’ll share with Nick Tandy and Frederic Makowiecki.

Reigning GTLM champ Antonio Garcia was third fastest in the #3 Corvette C7.R, a quarter-second off pole and just 0.031sec faster than the Ford GT of Richard Westbrook, which beat the second ’Vette of Tommy Milner by just 0.059sec. 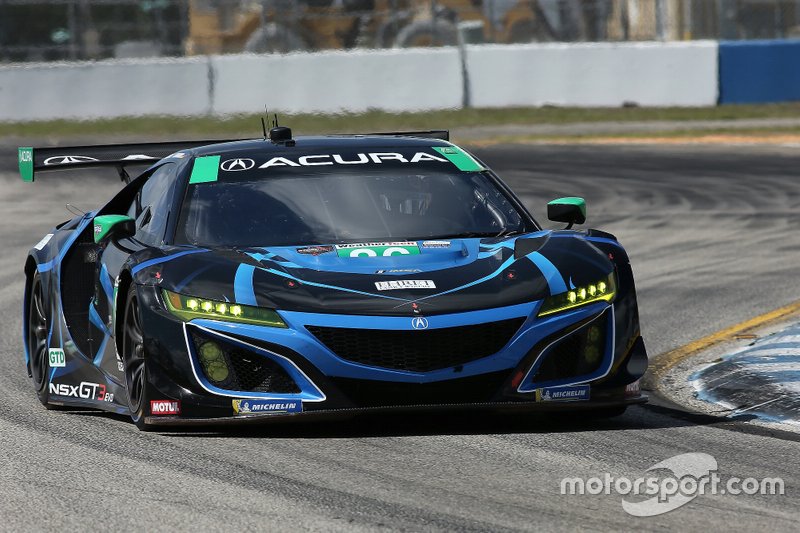 Zacharie Robichon was third quickest in the Pfaff Motorsports Porsche 911 GT3R, equidistant behind Foley and ahead of Rolf Ineichen’s Grass Racing Lamborghini.

Cooper MacNeil drove WeatherTech Racing’s Ferrari 488 – the only Ferrari in the field – to seventh, to edge ahead of Frankie Montecalvo in the faster of the two Lexus RC Fs of AIM Vasser-Sullivan.

The second Lexus had its times deleted when a team member put his hands on the car during the session - a no-no under IMSA regulations.

Acura has taken the covers off the ARX-06 LMDh challenger that will compete in the new GTP class of the IMSA WeatherTech SportsCar Racing Championship in 2023.