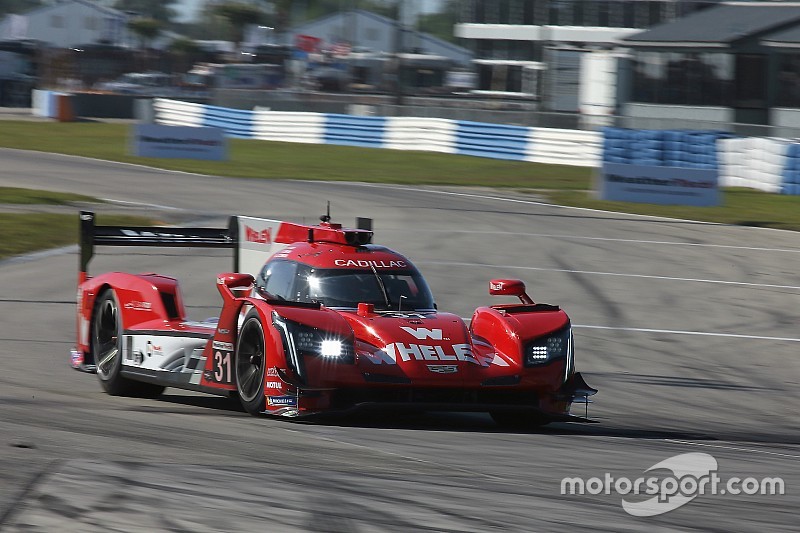 In the 75-minute session there were two red flags for spins at Turn 5 – one by the PR1 Mathiasen Motorsports Oreca and the second by the #85 JDC-Miller Motorsports Cadillac.

Eventually Nasr’s time, set on the #31 AXR Cadillac DPi-V.R’s eighth of 17 laps, held up by 0.355sec over Dane Cameron’s best in the #6 Acura Team Penske ARX-05, which was less than one tenth quicker than Renger van der Zande was third in the Wayne Taylor Racing Cadillac.

Nasr's fulltime partner for 2019 is Pipo Derani a two-time winner of Sebring, and that has added some impetus to the lineup which in the Michelin Endurance Cup rounds such as this includes Eric Curran, with whom Derani won the Prototype title in 2018.

Said Nasr: “Now that [Derani] is in the car with us, we need to make sure he wins this race as well, which will be my first time winning Sebring,” Nasr said.
“I really want to do it. I felt like we had an amazing car at Daytona and we started on the right foot here again. I’m really hoping we can get on that top step pretty soon.”

In GTLM, the Porsche 911 RSRs of Bamber and Patrick Pilet sandwiched the two Ford GTs of Richard Westbrook and Joey Hand, while Bamber wound up a full second quicker than the best of the Corvettes, and 1.8sec quicker than the second.