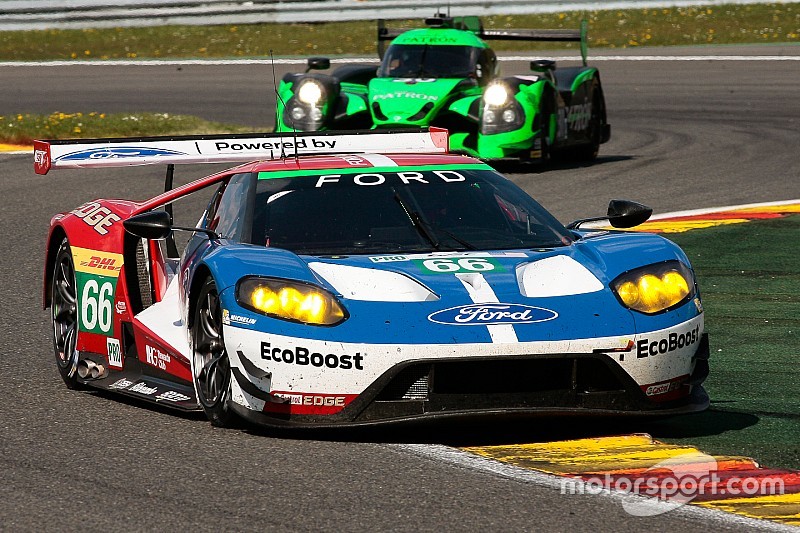 The United States leads the entry list for the prestigious endurance race on June 18-19 with 12 cars, 10 of which compete in the WeatherTech Championship.

Daytona Beach, Fla. – The IMSA WeatherTech SportsCar Championship has a strong representation on the 60-car, 180-driver final entry list for the Le Mans 24 Hours, announced on Wednesday by the Automobile Club de l’Ouest (ACO). The United States leads the entry list for the prestigious endurance race on June 18-19 with 12 cars, 10 of which compete in the WeatherTech Championship.

Corvette Racing returns to defend its LM GTE Pro victory with a two-car entry driven by six WeatherTech Championships regulars, including 2015 winners Oliver Gavin, Tommy Milner and Jordan Taylor in the No. 64 Corvette C7.R. Milner feels that the test day on Sunday, June 5 will be a key step towards defending the team’s Le Mans title.

“This year especially the test day is more important than it has been in years past,” Milner said. “We have a new rules package for GTE Pro. Now we go there with a car that will have quite a bit more downforce potentially. For us, having a good test with no mechanical issues makes race week that much less stressful.

“You can focus on the details of the race, getting all three drivers cycled through and not worrying about finding extra speed. That’s what we had last year. We had a Corvette that was comfortable and fast. Jordan came in and was on-pace right away, which is obviously good. Going back there with the same driver lineup leaves us feeling pretty confident that we can achieve that again.”

Current GTD points co-leader Christina Nielsen will drive a Ferrari for Denmark-based Formula Racing. She is one of two women on the Le Mans entry list, joining Ines Tattinger from France.