Spencer Pigot: From the Indy Lights title to the Rolex 24 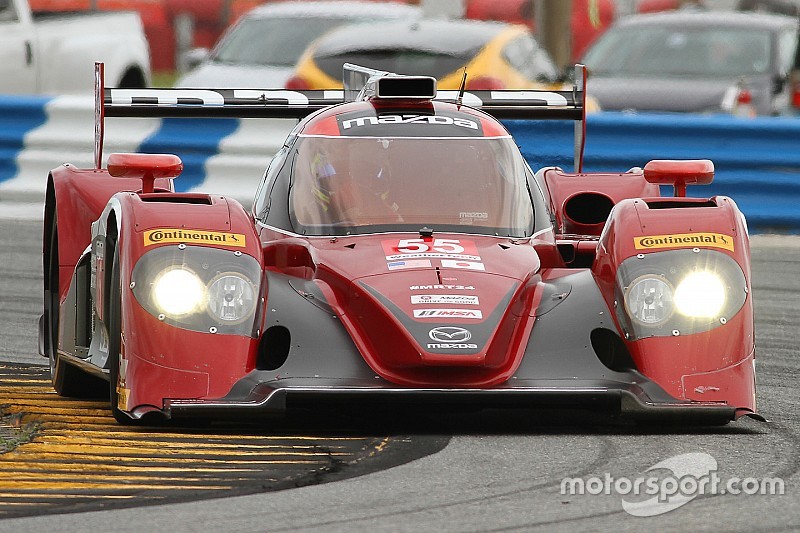 Daytona Beach, Fla. – By winning the Indy Lights Presented by Cooper Tires championship last September, Spencer Pigot became the first four-time Mazda scholarship winner having captured four titles in five years on the Mazda Road to Indy. And to the winner come the opportunities as the 22-year-old Floridian gets behind the wheel of a Mazda Prototype this weekend at one of the biggest sports car races in the world – the Rolex 24 At Daytona.

“I spent five years on the Mazda Road to Indy,” said Pigot. “It was a great journey and I learned a lot every year. I drove for some good teams, had great teammates and great driver coaches. The first four years of training led to the Indy Lights success. It was great to be with Mazda and Cooper Tire for so long. And now I’m here at the Rolex 24 At Daytona, driving the Mazda Prototype. I’m very fortunate and I can’t wait to get going.”

There have been a lot of things I’ve been able to practice and perfect as I head into IndyCar that will definitely make the transition smoother.

Pigot first became a Mazda Development Driver by winning the Skip Barber Shootout in 2009. Winning the Skip Barber National Series title in 2010 earned him a ride in the 2011 Cooper Tires USF2000 Championship Powered by Mazda. Moving up another rung in 2013, he took the Pro Mazda Presented by Cooper Tires title in 2014 and once again took advantage of the scholarship opportunity to win the Indy Lights championship. His Indy Lights scholarship has helped him achieve his dream: a coveted ride in the 2016 Verizon IndyCar Series, driving for Rahal Letterman Lanigan Racing at St. Petersburg, the Grand Prix of Indianapolis and the 100th Running of the Indianapolis 500.

Not long after Pigot secured the Indy Lights championship, he received a call from John Doonan, Mazda North America’s Director of Motorsports, inviting him to Daytona in November to test the manufacturer’s sports car. After a successful test, Pigot was announced as the third driver in the Soul Red #55 Mazda Motorsports Prototype and finds himself racing in his first endurance sports car race. Pigot joins 2003 USF2000 champion Jonathan Bomarito and 2012 Mazda Prototype Lites champion Tristan Nunez.

While so much is different between Pigot’s Indy Lights car and the Mazda Prototype, at least one aspect of the two cars is very much the same.

“At least the Soul Red color is familiar!” said Pigot. “The car was quite a bit different at first. You’re sitting inside the cockpit and it’s a right-hand drive car – I’ve never driven a right-hand drive car, only center drive or left-hand drive. You can’t see a huge amount off to the side, especially if you’re turning right, but you get used to it after a while. It’s a really fun car to drive, which reminds me of the Indy Lights car. That was great training to jump into this car but that’s what the Mazda Road to Indy is designed to do: train you to be a professional race car driver in the top levels of the sport, whether it’s an Indy car or an IMSA prototype.”

Growing up near Orlando, Pigot used to attend the Rolex 24 as a youngster. But watching from the stands and managing his own personal pace for 24 hours are two very different propositions. Used to being the only driver in the car, Pigot now shares the car with his two teammates – and with that comes a degree of added responsibility.

“It will be long stints, with only three of us in the car. It will demand a lot of effort and focus from the drivers, for each of us to pull our weight and bring the car back in good condition for the next guy. I want to be consistent and stay out of trouble. It will be the longest I’ve ever been in the car, which is good training for an IndyCar race.”

Pigot will begin his IndyCar career on March 1, testing a RLL Racing Dallara at Sebring International Raceway. He looks forward to taking all the lessons he has learned on the Mazda Road to Indy forward, as he heads into the next – and arguably, most important – step of his career.

“I really put those lessons into effect last year, especially how to manage a championship and think about the big picture. That’s what the Mazda Road to Indy is designed to do – the formation of the ladder, the types of cars you drive, the progression through the series is designed to be seamless. The cars get progressively bigger and faster. But you also grow as a person. There have been a lot of things I’ve been able to practice and perfect as I head into IndyCar that will definitely make the transition smoother.

One of the biggest things is the tracks: I’m going into my first IndyCar race at St. Pete and I’ve done at least 10 races there. Obviously it will be different in a bigger car but that continuity is important. It’s one less thing to learn. The car is so much more physical, with more power and more downforce, so it’s nice to have one less thing that’s completely new!”

Barrichello wants to do more US racing