Stevenson Motorsports had a record-breaking season in 2013, taking four Rolex GT Class victories, securing the 2013 North American Endurance Championship in Rolex GT Class competition, and scoring two wins on the way to taking second in the Continental Tire SportsCar Challenge championship for the second year in a row.

With a clear goal of delivering results, Stevenson has concentrated efforts on the CTSCC with a strong two-car line up. 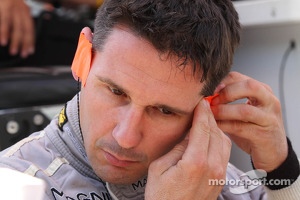 “This is an outstanding driver line up, really one of the best groups I’ve ever had the chance to work with,” said team manager Mike Johnson. “These four guys not only have great speed and smarts in the car, but they also have a long history with Stevenson. The Continental Tire championship is one of the toughest categories in racing and we know how important it is to have a strong group of guys, all working in the same direction. Hopefully with this line-up, we can deliver results and come out on top at the end of the year.”

The Stevenson name has a legacy in IMSA racing that stretches back to 2003 when Johnny Stevenson raced in Rolex GT class competition as a driver. Over a decade later, the Stevenson name is still a vibrant one in top level sports car competition. Many members of the team have been with the group for year after year, and the family atmosphere contributes to a strong working environment.

A driver roster that includes so much history of working together is set to only better position Stevenson in 2014. 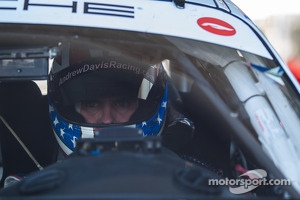 “I first met Mike Johnson in 1996 when we were racing against each other in USF2000 and we just hit it off, and became friends,” said Lally, who first drove for Johnson in 2001 as they won the Rolex 24 and the GRAND-AM Rolex Series SRP2 Championship. “It has been a long time since we’ve raced together (2005), so I’m happy to be teaming up with him again as we’ve had a lot of success in the years that we’ve worked together. I tell everyone that the Continental Tire Series is just incredible--some of the best knock down, drag out racing there is with really good teams and very strong drivers. It’s a blast and I’m very excited to be coming back to the series to race for Stevenson Motorsports.”

“All of the Stevenson guys have worked very hard over the off season and I’m really looking forward to 2014,” said Bell, who scored second in the 2012 and 2013 Championships for Stevenson Motorsports. “I’ve raced against him for years, so I am excited about co-driving with Andy (Lally) this year and I know he will have a big impact on our effort. The Stevenson guys do such a great job and I’m very much looking forward to being a factor all year long and going for the championship title.”

"Obviously I am delighted to be joining Stevenson Motorsports again for 2014 in what will be my seventh season driving for the team,” offered Liddell. “We have had an incredible run over the last six years and the team has had considerable success with the GS program in the past. It's great to welcome Andrew (Davis) back into the team and with our superb GT crew moving straight across, by the time we get to the first race it should feel like 'business as usual'!"

“I am thrilled and honored to be asked to be a part of this program,” said Davis. “This is a big homecoming for me, to be back with Johnny (Stevenson) and Mike (Johnson), it is just an incredible opportunity. It’s remarkable how much of the team is the same group as when I last raced with them and I think that’s going to be a big part of our strength again this year. I’m also really excited to be sharing the car with Robin. We’ve had some great seasons together and are good friends so hopefully we can pick up where we left off last. CTSCC is just so competitive and to have a team like this behind me, I am very excited.”

Stevenson Motorsports will look forward to starting the year off with a big result in the season-opening event at Daytona International Speedway on January 24, 2014.

Dr. Jim Norman to co-drive with Craig Stanton for Park Place Motorsports in 2014