Renger van der Zande was almost half a second faster than his nearest opponents in the Roar Before the Rolex 24’s fourth session at Daytona, putting Wayne Taylor Racing back on top. 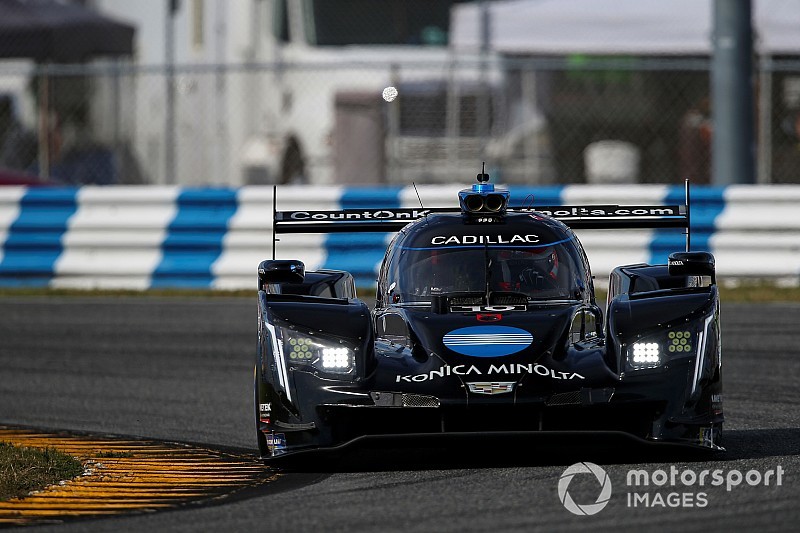 The gorgeous black #10 Cadillac DPi-V.R drove the course in 1min34.534sec and a last-lap effort by Ricky Taylor in the #7 Acura ARX-05, although second fastest, fell 0.483sec short.

Mike Conway in the #5 Action Express Cadillac also set his fastest lap in the last minute (following a red flag caused by Paul Dalla Lana’s shunted Spirit of Race GTD Ferrari), but he was 0.770sec behind van der Zande’s best.

That was still enough to eclipse Olivier Pla’s best effort in the faster of Team Joest’s two Mazda RT24-Ps, while Dane Cameron was P5 in the second Acura Team Penske entry.

Colin Braun was again impressive in the CORE autosport Nissan but was 0.9sec off top spot.

Another notably strong performance came from a LMP2 car, Nicolas Lapierre leading the class for DragonSpeed by half a second and slashing the gap to the top DPi time to around two seconds.

His teammate, former F1 race winner Pastor Maldonado, was the fastest driver in the #18 entry, but 2.6sec off and also behind the PR1/Mathiasen Motorsports Oreca of Gabriel Aubry.

In GT Le Mans, Chip Ganassi Racing’s five-time and reigning IndyCar champion Scott Dixon topped the times in the Ford GT, but was a mere 0.075sec ahead of Patrick Pilet’s Porsche 911 RSR. Their respective teammates Sebastien Bourdais and Earl Bamber were third and fourth.

Davide Rigon was half a second down in the Ferrari 488 of Risi Competizione, but still ahead of both Corvette C7.Rs and both BMW M8s.

The fifth session starts at 6.45pm local time and runs for 75mins.