Taylor: Losing CTMP victory to CORE LMP2 “out of our control” 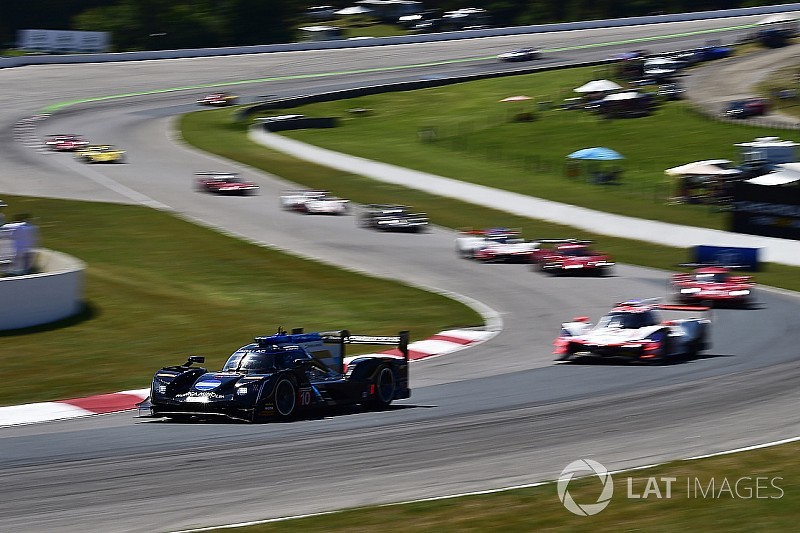 Jordan Taylor says his late-race defeat by Colin Braun, whose CORE autosport Oreca LMP2 stormed from the back of the Prototype field at Canadian Tire Motorsport Park, “should’ve been a win” for his Wayne Taylor Racing Cadillac DPi team.

Taylor and co-driver Renger van der Zande got the better of a duel for the lead with the #6 Team Penske Acura of Dane Cameron/Juan Pablo Montoya, when a yellow flag with 20 minutes remaining allowed Braun’s Oreca on to his tail, after the latter had charged through from 12th.

Although Braun had qualified on pole, he gave up the position so his slower teammate Jon Bennett could take the first stint, allowing Braun maximum time to charge through the pack.

Soon after the restart, Braun passed Taylor around the outside of Turn 8, seconds before the final full-course yellow of the race. After that, Taylor did not have an answer for Braun – and suggested that the straight-line speed advantage of the LMP2 cars was the deciding factor.

“I think we had a dominant day, all things considered,” said Taylor. “Renger was able to control things from the front once the 6 car went off strategy. We were basically in fuel-saving mode and staying out of trouble.

“Renger had a flawless stint and pulled a good gap. And, once I was in, we were still able to control things and had good pace. But, as soon as the 54 car came through the field, there was no stopping them.

“All things considered, a second-place finish is good for the championship. I think it should’ve been a win, but that part of it was out of our control.”

Team boss Wayne Taylor added: “The team was the best in pit lane today, it executed perfectly, our drivers were fantastic, our strategy was perfect, but it was just a difficult pill to swallow getting beat by a car that came from last on the grid.

“I’m a big fan of Colin Braun and all, and he did an excellent job, but it’s been really tough to compete against those teams.”

Braun said of his pass just before the yellow flag: “I knew I cleared him and got in front before the light came on. Our light system is on the right side of the dash and that’s where I was looking, so I knew that was going to be changed. I’m glad IMSA saw that too.

“It allowed me to get some clean air, focus forward and get things done. For me, it’s nice to be back winning races overall again. I’ve had a lot of fun racing with Jon [Bennett] over the years and being with him when he got his first PC win and now his first overall win is really cool.”

CTMP IMSA: Braun/Bennett claim amazing win from back of pack