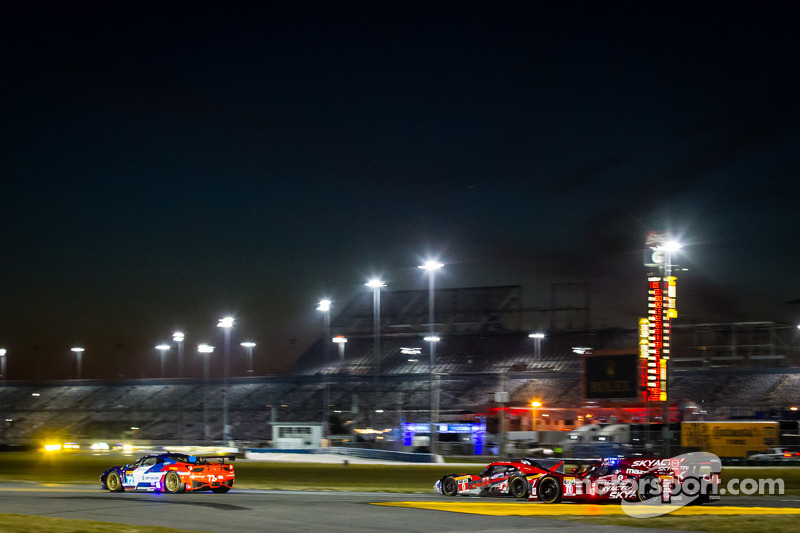 The 2014 Rolex 24 at Daytona was the first 24 hour endurance race for the DeltaWing coupe .

The 2014 Rolex 24 at Daytona was the first 24 hour endurance race for the DeltaWing coupe and in the end, the revolutionary sports car prototype went its longest distance to date, logging 288 laps and 1,035 miles in 16 hours before transmission failure ended the day.

There is a long list of positives that the team can take away from the twice-around-the-clock race; knowing that the development of the revolutionary prototype continues in the right direction, that the car is quick, handles traffic well and most important, is crewed by a dedicated team who knows how to persevere. 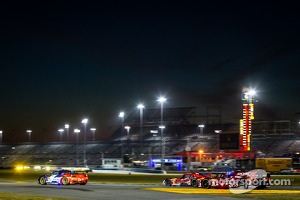 Season-long DeltaWing drivers Katherine Legge and Andy Meyrick logged two double stints each, with Gabby Chaves and Alexander Rossi each taking one double stint during the night. While Meyrick enjoyed two uneventful stints, the remaining three drivers dealt with mechanical issues that saw the DeltaWing coupe make several trips to the garage for repairs. But the team refused to give up, continuously getting the car into good working order so that each driver was able to experience the car’s full potential during their racing stints. Running at a pace close to the leaders for much of the race, the DeltaWing coupe ran its quickest on lap 100, with a fast time of 1:40.975.

Katherine Legge
"First of all, the crew did a terrific job to keep the car going. This is the longest we’ve ever gone and when I was out on the track, the car was great. Very balanced, very good in traffic. It’s hard not to finish but we know that we are heading in the right direction and it’s just a matter of continuing what we’re doing."

Gabby Chaves
"I’m pleased that after all the issues we had, the crew was so persistent in getting the car fixed, so hat’s off to them. They worked all night to get the DeltaWing back on track. But if you look at the past results, the team knows what they need to do and are taking steps forward. That’s the positive."

Alexander Rossi
"My sports car racing experience is very limited but this was very different from Le Mans. It’s a lot more difficult, just because the track is so much shorter and you have cars around you that are a lot heavier and more aggressive. So from that respect, it is harder, which surprised me. This race is so draining – at Le Mans, you have so many straights that you can reset and take a breath. But here, you have to be mentally on all the time, because you’re always passing cars in a short distance. But it was a privilege to take part in it, though it’s disappointing that we weren’t able to finish. But I think the car made it longer than it has in the past, so that’s a positive."

Andy Meyrick
"Everyone has dealt with the challenge of our first 24 hour race together as a team with a terrific spirit. The car ran very well, so it was disappointing not to finish, especially given how hard the team worked. This is a very different race from the other 24 hour races, mostly due to the sheer number of cars. You literally could do a double stint and not get a single clean lap. It’s tough on the driver, because you’re constantly in traffic."

Next up for the DeltaWing Racing Cars team is the Mobil 1 Twelve Hours of Sebring March 12 – 15 from Sebring International Raceway, race two of the TUDOR United SportsCar Championship.