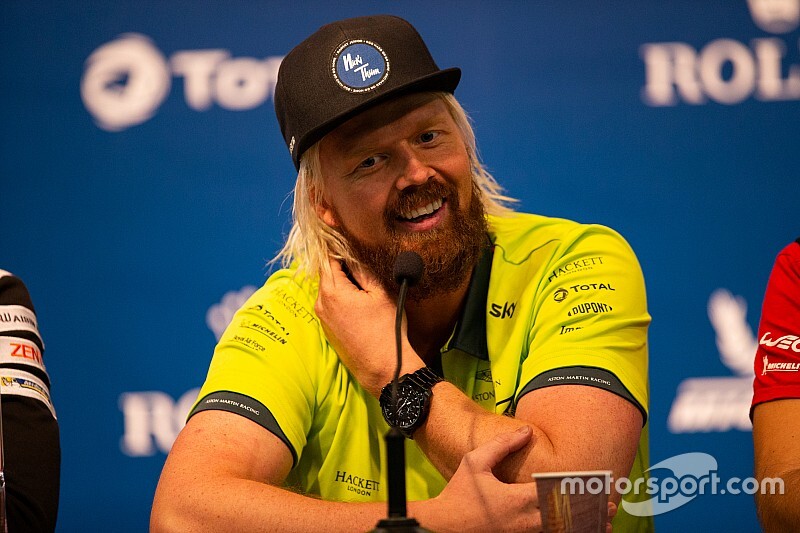 Factory Aston Martin racer Nicki Thiim will contest the Rolex 24 at Daytona with the Heart of Racing GT Daytona squad, it has been announced.

The Ian James-helmed squad firmed up plans to join the IMSA WeatherTech SportsCar Championship grid earlier this month, bringing Aston Martin back to the American series for a full season for the first time since 2015.

Now it has confirmed its full driver line-up for the 2020 season, with James' former teammate Alex Riberas and Roman de Angelis set to contest the full season.

Spaniard Riberas made four appearances for Moorespeed in the GTD ranks last year, while 18-year-old Canadian de Angelis contested the Rolex 24 for another Audi team, WRT.

James himself will join the duo for the four Michelin Endurance Cup races at Daytona, Sebring, Watkins Glen and Road Atlanta, with Aston WEC racer Thiim completing the roster for the #23 Vantage GT3 for the Rolex 24.

“This is a very exciting opportunity for me and the team,” commented James. “I have been working with Alex for years and he has proven himself to be one of the top GT drivers in the world.

"Roman has had an amazing season this year, and like in 2014 with Alex, this program tries to give young talent the opportunity to shine.

"I’m delighted that I still get to be behind the wheel and am grateful to Aston Martin for assigning Nicki Thiim to us, whose knowledge and experience of the car will be extremely helpful to get the team up to speed at the Roar [Before the 24 test].”

The Heart of Racing Aston will be one of two Vantage GT3s in action for the 2020 IMSA curtain-raiser, following confirmation that a works car will be entered for Paul Dalla Lana, Ross Gunn, Mathias Lauda and Pedro Lamy for the Florida classic.