Tincknell’s Mazda sets fastest time of Roar Before the 24 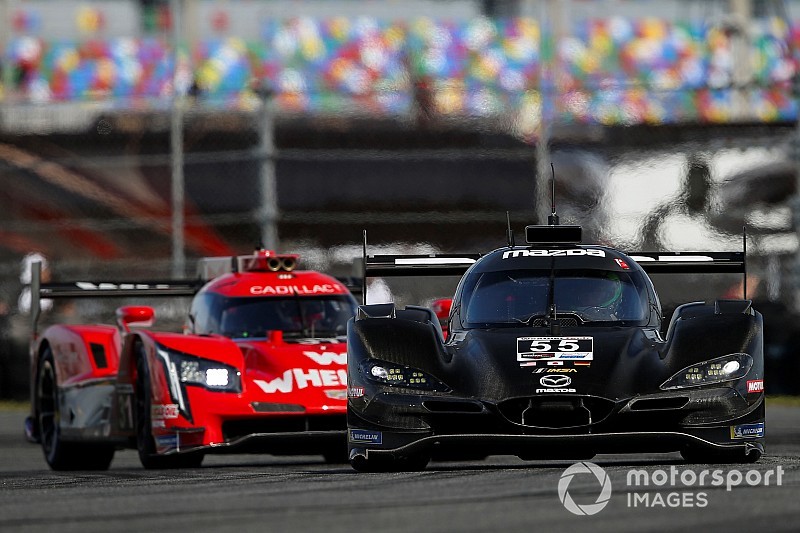 The sixth and penultimate session of the IMSA WeatherTech SportsCar Championship’s official test before the 2019 Rolex 24 Hours at Daytona ended with a Mazda 1-2, Harry Tincknell beating teammate Oliver Jarvis by 0.392sec.

His time remained 0.6sec clear of the field until Jarvis’ last run in the #77 Mazda drew him within four-tenths and completed Mazda’s domination.

Juan Pablo Montoya and Ricky Taylor were seventh and eighth in the two Acura Team Penske ARX-05s, both of them also within eight tenths of the top time.

DragonSpeed’s Ben Hanley was top of the four-car LMP2 contingent, impressively recording a laptime only 1.7sec from the fastest DPi time. Gabriel Aubry was second in the PR1/Mathiasen entry.

GT Daytona-class action is over for the weekend.

The seventh and final session of the Roar will commence at 2.45pm local (Eastern) time.