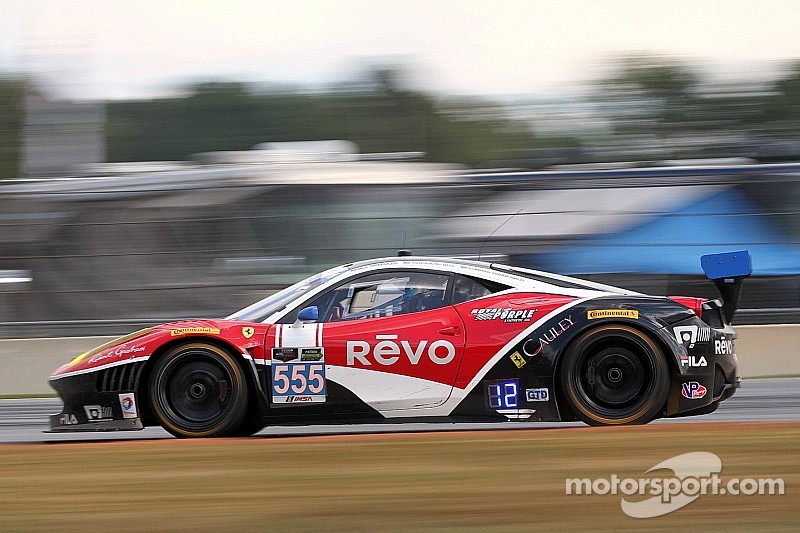 Scuderia Corsa is adding drivers Bill Sweedler and Townsend Bell to the team for 2015, piloting the team's flagship no. 63 Scuderia Corsa Ferrari 458 Italia in the GT Daytona class. Jeff Westphal and Alessandro Balzan drove the car for the 2014 season.

At the wheel of the AIM Ferrari 458 Italia (in photo above) during the 2014 TUDOR Championship season, Sweedler and Bell were victorious in the 2014 Rolex 24 at Daytona and handily won the Tequila Patron North American Endurance Cup. The duo led much of the season championship in the GT-D class, and winning the championship in 2015 remains their primary goal.

"We are really excited about competing for the GT-D championship with Scuderia Corsa," said Sweedler. "Giacomo Mattioli's dedication to building the best Ferrari racing program as well as the best Ferrari dealerships offers the ideal place to maximize our racing and commercial sponsorship goals going forward. We really enjoy racing in the TUDOR Championship and competing against the best drivers and teams in sports car racing and we hope to bring another championship to Ferrari in 2015."

"It goes without saying that we are very excited about joining Scuderia Corsa," said Bell. "On many levels, this partnership will make a lot of sense. I'm thrilled to be continuing our relationship with Ferrari and to continue driving the Ferrari 458 Italia. Scuderia Corsa won two races last year, they are a championship winning team, and as a bonus for me it is great to be joining a team that is also based in Los Angeles where I live! I am looking forward to a lot of success with this program."

"As winners of the Rolex 24 at Daytona as well as the North American Endurance Cup, Bill and Townsend were some of our most formidable competitors in the GT-Daytona class," said Mattioli. "We are very excited that they will be joining us at Scuderia Corsa. Everyone within the team is committed to winning in the TUDOR Championship and to represent the Ferrari brand in the premier racing series in North America. After competing against Bill and Townsend over the past year, we are thrilled that they will be in our Ferrari and not competing against us!"

Sweedler and Bell will compete with Scuderia Corsa for the first time at the Rolex 24 at Daytona on January 22-25 at Daytona International Speedway in Daytona Beach, Florida.