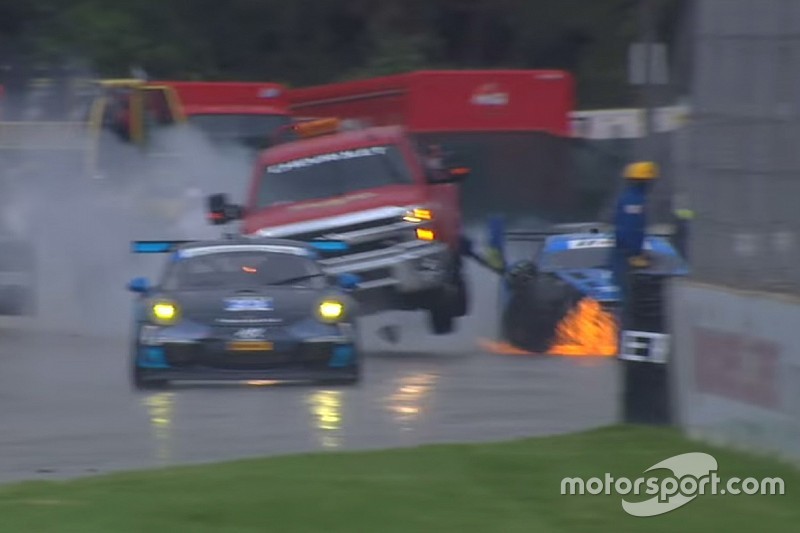 IMSA has released an update, giving details regarding the track worker's precise injuries.

IMSA has released a statement on injuries sustained by a track worker after Saturday's TUDOR United SportsCar race.

Jan Heylen, driving the No. 58 Porsche 911 GT America, ended up against a tire wall near the end of the race. Officials handled the incident with local yellow flags, apparently trying to allow the race to end under green, which it did.

Rain started pouring down as the checkered flag flew and with a safety truck with workers on the track, it quickly became a volatile situation. Suddenly, the TRG-AMR of James Davison went straight into the first corner and slammed into the back of the safety vehicle. Two more GT cars plowed in and although all drivers were alright, the same could not be said for one of the track workers.

"IMSA has been informed that the safety worker at a Detroit area hospital who was injured during Saturday's race is in stable condition with a number of broken ribs, collapsed lung and a non-operative injury to his spleen and kidney," a statement from the series read.

Dion von Moltke: from zero to hero in Detroit