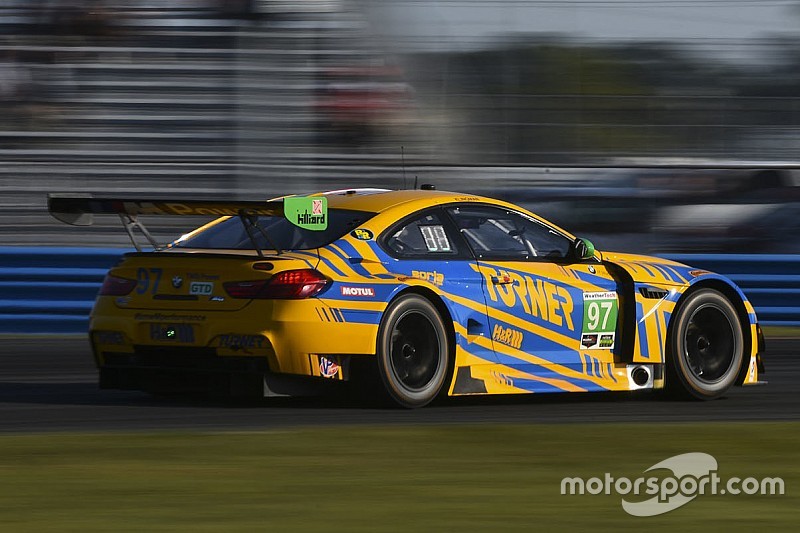 Turner Motorsport, which finished fifth in last year’s Rolex 24 Hours at Daytona, has confirmed a four-driver lineup for its single BMW M6 in the 2017 IMSA WeatherTech SportsCar Championship season-opener.

Maxime Martin, Jens Klingmann, Jesse Krohn, who formed part of Turner’s two car Rolex 24, will return to the team along with Justin Marks, a former class winner in the race, who last drove for the team in 2005.

“We are looking forward to being back at Daytona for our eighth race start in the Rolex 24,” said team owner Will Turner. “Although we had a strong finish last year, Daytona has remained that one race that we dream about winning.

“I think that with a full season under our belts with the M6 GT3, we have enough experience and familiarity with the car to do really well if we can avoid trouble and any mechanical issues.”

Turner Motorsport’s plans beyond the Rolex 24 Hours have not been finalized, but it will be one of 27 entries in the GTD class at Daytona, which includes nine manufacturers and comprises almost half the 55-car field for the 55th edition of the event.

Also in GTD, Maro Engel has been confirmed in the #75 SunEnergy1 Mercedes-AMG, while the TRG Porsche 911 GT3 R sees Tim Pappas and Mike Hedlund added to the lineup alongside Wolf Henzler, Jan Heylen and Santiago Creel.

There will be 12 new-for-2017 Prototypes alongside five Prototype Challenge entries and 11 GT Le Mans cars.

The only notable driver change in Prototypes since the Roar Before the 24 test, is that Brendon Hartley is now listed in both ESM Nissans, after having originally been announced for the #22 entry only.