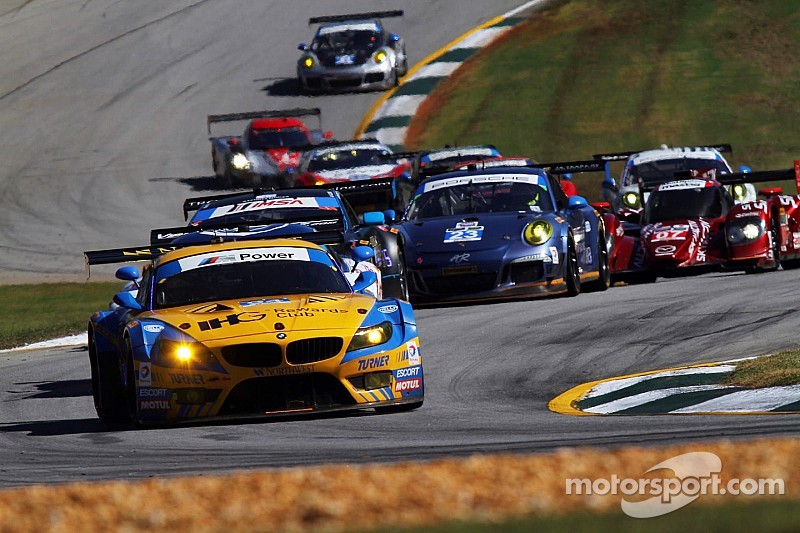 Amesbury, MA — Turner Motorsport captures their seventh professional Championship title in the inaugural season of the Tudor United SportsCar Championship while driver Dane Cameron is crowned the driver champion. The title marks the first for the purpose-built BMW Z4 worldwide.

On Saturday, the No. 94 BMW Z4 of Dane Cameron, Markus Palttala and Christoffer Nygaard finished 4th in the 17th annual Petit Le Mans at Road Atlanta to secure both Driver and Team Championship, narrowly missing the trifecta of Team, Driver and Manufacturer victories.

The fact that this is the very first United SportsCar Championship season makes it even more special.

With a third place finish in the team’s 300th start at Circuit of the Americas just two weeks ago, the No. 94 BMW carried crucial momentum into the start of the final race of the season. Starting from fifth Markus Palttala took the green flag on Saturday to quickly take the lead.

Despite an early drive-through penalty Palttala pushed hard to regain position in the top five. After completing a double stint, Dane Cameron was up next, keeping the Turner BMW within the top five.

This season has truly been unbelievable. I am honestly still in disbelief that we took the GTD Driver and Team Championships,

Both Christoffer Nygaard and Markus Palttala completed their flawless stints to get Cameron back into the car to finish the race. As darkness fell over the 12-turn 2.54 mile Road Atlanta Cameron charged hard to remain in the top five, ultimately finishing P4.

“It’s just an unbelievable feeling to win my first sports car title here at Road Atlanta," said Dane Cameron. "The fact that this is the very first United SportsCar Championship season makes it even more special. This was just an amazing season for us. Recently Turner Motorsport did its 300th race with BMW, and today we added another title to their fantastic record. A big thank you goes to the whole crew. It was an extremely close finish, and the final hour of the race was the longest of my whole life. Now I’m feeling just really happy.”

Despite facing adversity throughout the entire season the team was able to fight their way out of a huge points deficit following the 24-Hour at Daytona, as well as the unprecedented number of changes to the balance of performance.

“This season has truly been unbelievable. I am honestly still in disbelief that we took the GTD Driver and Team Championships,” explained Will Turner. “The team never gave up hope, they worked hard throughout the year to dig us out of the points deficit after Daytona, the heartbreaking finish at Sebring and the tough break at Indy. The season definitely had its ups and downs, but with four wins and a Championship it marks one of the biggest achievements of Turner Motorsport.”

The championship marks Turner Motorsport’s seventh professional racing championship over 302 professional race starts with BMW. In 2011 the blue and yellow BMW of Paul Dalla Lana and Bill Auberlen took the Driver and Team Championships in the Continental Tire Sports Car Challenge in the No. 96 BMW M3.

Thank you to all our sponsors, partners and fans for the Championship-Winning season. We could not have done it with out all the help and support. See everyone in 2015.

We could see the writing on the wall: SRT Viper factory effort pulls out of TUSC