Turner with resilient comeback in Rolex 24 at Daytona 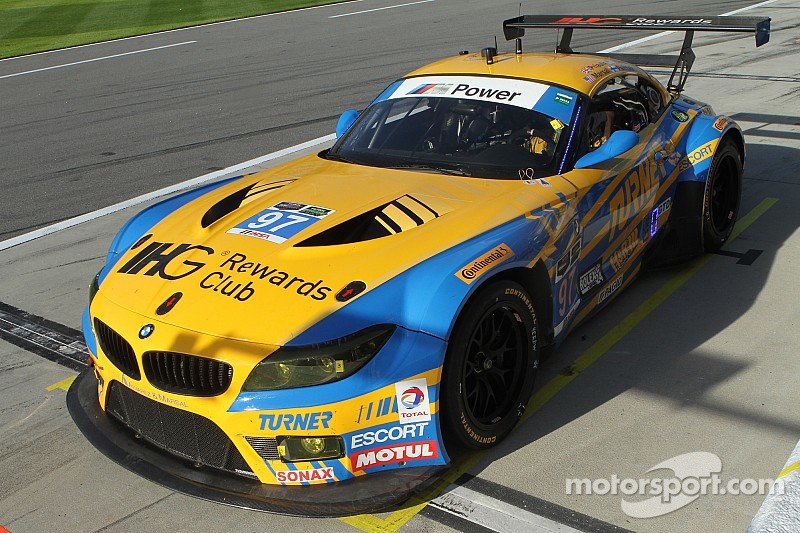 Amesbury, MA. – With the 2015 Rolex 24 at Daytona in the rear view mirror, the defending GTD Champions have once again shown championship-caliber determination and perseverance with a hard fought P12 finish. After capturing valuable points the team sets their sights on the second round of the 2015 Tudor United SportsCar Championship season, the Mobil 1 Twelve Hours of Sebring Fueled by Fresh From Florida.

Markus Palttala took the green flag for the start of the 53rd running of the Rolex 24 at Daytona. Palttala quickly settled into a rhythm with consistent lap times keeping the blue and yellow BMW out of trouble to hand the car over to co-driver Michael Marsal.

Soon after Marsal began his opening stint, the IHG® Rewards Club No. 97 BMW Z4 was forced into the garage with gearbox issues. The team worked feverishly to repair the gearbox but it ultimately it cost the team valuable track position early on into the 24 hour contest, forcing the No. 97 BMW to fall ninety laps back from the GTD leaders.

I have to thank Markus, Andy and Boris for their determination, it was a great experience to push to fight back to finish just outside the top-ten,

“The gearbox failure was a huge surprise to us, as it was a fresh rebuild from the manufacturer. We did everything we could to make sure all the components on our BMW were going to last the 24 hours but there was no way we could have foreseen this issue ,” commented Will Turner.

“Our crew did an incredible job to get the necessary components switched out to get the car back out. Having such a debilitating failure so early on in the race is not easy - with the car now so many laps down – our focus is now on capturing as many points as possible.,” explained Turner.

Back on track with a replaced gearbox , Marsal worked hard throughout an impressive double stint to hand the car over to co-driver Andy Priaulx. Priaulx set the fastest race lap for the No. 97 in his opening stint pushing hard to make up any position possible before handing the driving duty over to Boris Said.

“It was disappointing to head for the garage so early in the race but the entire team did a remarkable job keeping us in the race,” commented Michael Marsal. “My co-drivers and our crew put their heads down and did what they had to do to keep our BMW Z4 on track and running smoothly. It was a team effort and I can’t say enough about everyone involved.”

The team battled through the thirteen hours of darkness with flawless pit stops and strong driver stints to make up several positions from P19 to P14. As attrition set in, the team was able to gain two more valuable positions in the final hours of the race to finish P12.

“I have to thank Markus, Andy and Boris for their determination, it was a great experience to push to fight back to finish just outside the top-ten,” explained Michael Marsal. “Each of us did what we had to do to keep our IHG® Rewards Club BMW Z4 out of trouble and finish the race.”

As the 24th hour came to a close the No. 97 BMW Z4 GTD crossed the line in P12 with Boris Said behind the wheel.

“Thank you to the entire team for all the determination and hard work. I am sure I speak for everyone involved that we look forward to Sebring. It is great to come away from this race with valuable points and momentum to carry into round 2,” explained Will Turner. “Daytona is one of the most difficult endurance races in the world , I am not happy we didn’t compete for the win , but I am glad we are headed to Sebring with some solid points.”

Turner Motorsport will return to the race track for the Mobil 1 Twelve Hour of Sebring on March 21st, 2015 with high hopes in securing even more Championship points.