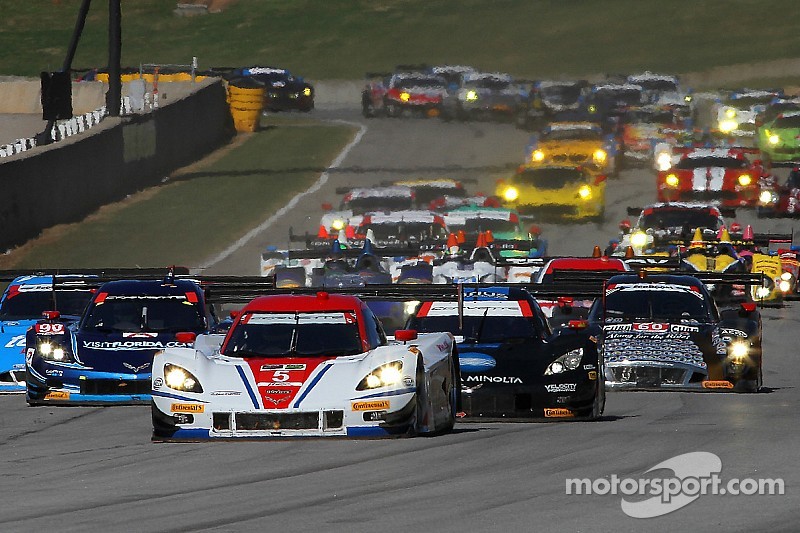 The three-day test is the lone official IMSA test of the offseason.

The TUDOR United SportsCar Championship paddock will ‘roar’ to life for the first time in 2015 this weekend with the annual Roar Before the Rolex 24 test at Daytona International Speedway Jan. 9-11.

The three-day test is the lone official IMSA test of the offseason and the final dress rehearsal for teams competing in the season-opening Rolex 24 At Daytona on Jan. 24-25.

Among the 53 teams entered across the TUDOR Championship’s four classes are 10 different automotive manufacturers and current and former stars from various disciplines of racing, including NASCAR, IndyCar, Formula 1 and international sports car competition.

Opening practice for the Roar Before the Rolex 24 begins Friday at 10:20 a.m. ET. A total of eight sessions will take place between Friday and Sunday, including a 90-minute night practice on Saturday beginning at 6:45 p.m. ET.

Joining the TUDOR Championship at the test will be the Continental Tire SportsCar Challenge which kicks off its season Jan. 23 at Daytona International Speedway.