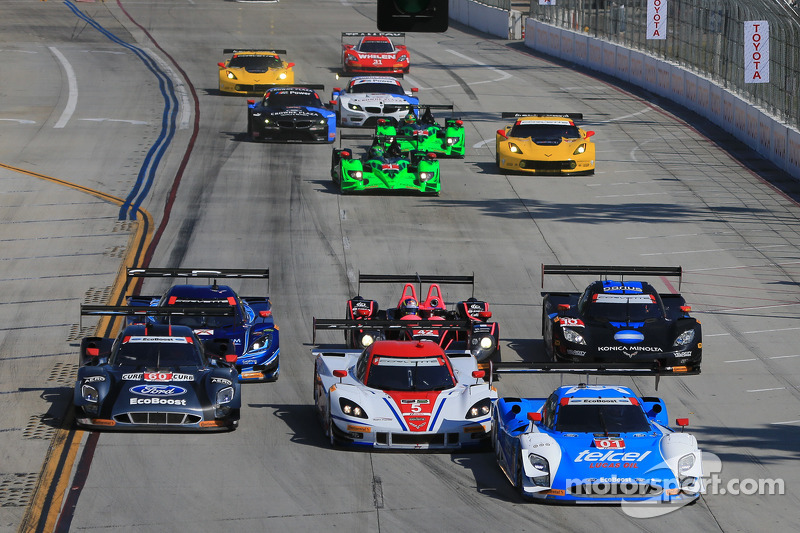 Using a points system that puts a premium on leading laps, VP Racing Fuels – the Official Fuel Supplier and a Proud Partner of IMSA – will provide a $10,000 fuel credit to the TUDOR Championship car that scores the most points from the season-opening Rolex 24 At Daytona through the Sahlen’s Six Hours of The Glen at Watkins Glen International on June 29. At that point, the standings reset and an additional $10,000 fuel credit is awarded to the car that leads the points from the event at Canadian Tire Motorsport Park on July 13 to the season-ending Petit Le Mans powered by Mazda at Road Atlanta on Oct. 4.

Points are awarded at each event with the car that leads the most laps in any class earning one point.

The Continental Tire Challenge follows the same points system with a $2,500 fuel credit provided to the car with the most points at the end of the Watkins Glen and Road Atlanta events.

“With the intense level of competition in these series, we wanted this award to be a fitting tribute to the level of excellence required to lead the most laps over half a season,” said Alan Cerwick, president of VP Racing Fuels. “VP's fuels are engineered to take the lead and keep you there, so the awards are a perfect fit for us and the racers we support as the Official Fuel Supplier of IMSA."

Through three events the No. 54 CORE autosport ORECA FLM09 leads the TUDOR Championship standings, while the No. 81 BimmerWorld Racing BMW 328i and No. 26 Freedom Autosport Mazda MX-5 are tied in the Continental Tire Challenge.

VP Racing Fuels, Inc. is the Official Fuel Supplier of the TUDOR Championship, Continental Tire Challenge and the Cooper Tires Prototype Lites Powered by Mazda, and is the exclusive provider of racing fuels for the IMSA-sanctioned Porsche GT3 Cup Challenge USA by Yokohama series and the Lamborghini Super Trofeo North America series. It provides two fuel blends for use by TUDOR Championship teams: Motorsport 100 and E85, with each supporting the IMSA Green platform.

Prototype points battle is ‘on’ as championship heads to California coast