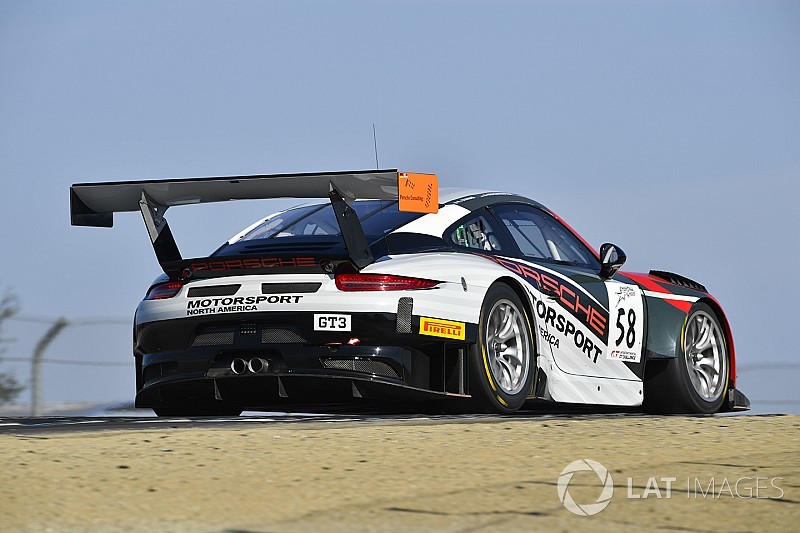 Wright Motorsports has confirmed Robert Renauer and Mathieu Jaminet will partner with fulltime drivers Patrick Long and Christina Nielsen in this year’s Rolex 24 Hours at Daytona.

A graduate of the Porsche Junior program, Jaminet holds the 2016 Porsche Carrera Cup France title and the Frenchman also carries a vast amount of Porsche 911 GT3 R experience, having spent the last year driving the car to success in the ADAC GT Masters series, the Blancpain GT series, the Nurburgring 24 and the Pirelli World Challenge.

Jaminet took part in two IMSA WeatherTech SportsCar Championship events in 2017. The 23-year old made his mark after turning the fastest race lap in both events and claiming the pole position in his series debut at Circuit of the Americas.

“I am very excited to take the start of my first ever Rolex 24,” said Jaminet. “My dream has always been to win this race one day. I know that Wright Motorsports is a very talented race team and I’ll have top drivers at my side. I'm sure that we will be able to fight for a successful result in the front, but like every 24-hour race, especially Daytona, you never know what can happen.”

A veteran of Porsche competition, 32-year-old Renauer will be entering his fourth Rolex 24. His resume includes ADAC GT Masters, the VLN 24 Hour Series, the Porsche Carrera Cup, and the Blancpain GT Series and he was the winner of the 2016 Porsche Cup, an award for the most successful privateer Porsche driver.

“I'm very proud to be teaming up with Wright Motorsports. I followed the Pirelli World Challenge last year and saw how successful the team was with Porsche and Patrick Long. I'm really looking forward to driving for what I consider to be one of the most successful Porsche teams in the US”, said Renauer.

“It's also amazing to be able to share a racecar with two of last year’s champions," Renauer continued. "I drove against Patrick in the Porsche Carrera Cup Germany when he became a Porsche Junior driver in 2003 and against Christina in 2013 when she participated in the ADAC GT Masters.”